When I turned 13 and officially became a teenager, a Spanish band by the name Héroes del Silencio launched one of my favorite songs: “Entre dos tierras,” which translated to English means “In between two lands.”

I thought the lyrics were so fitting to describe my inner struggles: I didn’t feel like a child, and I was not quite an adult.

Adolescence is a time of discovery. It’s a time when the brain is developing at rapid speed and when you’re trying to make sense of who you are and where you fit in the world.

Fast-forward to 2001, when I moved to the United States, I was now between two literal lands:

Cultural adaptation is no joke!

I’m approaching the 20th anniversary of that December day when I left my country of origin and became the first immigrant in my family, and as I look back, I’ve learned so many lessons in raising bilingual, biracial, and bicultural children.

So, I’ve partnered with the Center for Parent and Teen Communication (CPTC) at Children’s Hospital of Philadelphia (CHOP) to share tips from experts who study parenting and work with communities of color.

And of course, I’ll be sharing my own experience as a mother of two bilingual, biracial, and bicultural teen daughters.

I’ve been binge-reading the culturally responsive parenting content that CPTC has been publishing because it builds upon cultural strengths and addresses unique stressors families of color face when raising teens today.

Bicultural stress is exactly what it sounds like it is. It’s pressure to fit into not only one culture, but two.

So besides the internal struggle our youth face, the constant quest to fit in with your peers, and the process of adapting to changes in your body, in your environment, and in your relationships, bicultural adolescents are also “entre dos tierras…”

Since I’ve been the only involved parent practically their whole lives and I’ve also homeschooled for over ten years now, my children are VERY DOMINICAN.

They identify as Dominican, Hispanic teens

They celebrate the Hispanic holidays

They also lived in the Dominican Republic for a period of time while I was undergoing cancer treatment.

It took me a while to understand that even though I wanted to be set in my sentimental ways of preserving everything that reminds me of my true home, the U.S. is where my children were born and where my teen daughters have been born and raised.

Embracing the US Culture in my Home

I believe that my decision to embrace and be more involved in U.S. culture has positively impacted my teens. It has helped them cope with living in two cultures, and it has strengthened our relationship.

It’s important to be aware and understand the mental health risks of bicultural stress and added pressures it can bring during adolescence.

Thankfully, CPTC offers science-backed, practical strategies that we moms can use to help our Latino youth thrive.

For instance, this article titled “Why Latinx Parents Should Promote Independence in Their Teens, and How They Can Do It”, explains how familismo – the value of defining themselves through family and respect for their elders – can be either beneficial or detrimental to Latinx teens, based on how we approach it.

“When familismo is taken to the extreme, it may mean that if an adult is talking, you don’t talk, or you cannot share what you think because you need to hear the wisdom the elders are going to infuse to you,” says Dr. Maria Veronica Svetaz, an Assistant Professor of Family Medicine and Community Health at the University of Minnesota School of Medicine and Medical Director of the Aquí Para Tí or “Here for You” program.

The key is to empower them to speak up, and to be independent, and strong.

5 Shifts To Empower Your Bicultural Teen To Be Independent

Dr. Svetaz says, “Teens who feel a sense of control over their environment also feel they have the ability to influence or improve it.”

There are many ways in which I’ve reframed what I saw, learned, or lived growing up to help my daughters speak up, and to advocate for themselves and for others, including:

We’ve all heard or read about the horrors of parenting a strong-willed child – they are so stubborn!

Since I have been the “malcriada,” I know these labels hurt and don’t help.

So, when my daughters show just how strong their willpower is, I have learned to be in awe of their determination. I tell myself the future is bright for them because they are strong women that will not settle for anything and will go for what they want. Girl power! (Though this works for any gender.)

Having independent daughters means that they challenge me, my thoughts, and my beliefs… And of course, it can be annoying, and sometimes infuriating.

And yet, I remind myself that this is how I’ve encouraged them to be.

I want my daughters to be critical thinkers, to seek truth, and to demand answers – because they deserve them.

It’s humbling, I tell you, because I learn so much from them and they really celebrate when they set the record straight for mom. LOL

I don’t think it’s a secret that many of us grew up hearing the now cringe-worthy saying,  “children are to be seen, not heard.” I certainly have been intentional in making sure my children and teens know they have a voice, that they can ask why and not simply get the proverbial “because I said so.”

And yet, we all do it. If we are not conscious, our conditioning that “calladita te ves más bonita” comes out.

Dr. Svetaz says that “Not allowing kids to speak up can harm them,” she adds. “This is not only at school but in their relationships.

It’s okay to say “I’m sorry, this is not a good time to chat, but I want you to know I value your opinion.”

Seeing my teen daughters integrate their two cultures and the great pride they have in being Latinas gives a new meaning to “entre dos tierras.” It no longer means we are from nowhere, it means we are from everywhere.

I like that Dr. Svetaz makes this point and I am guilty of being a bit overdramatic sometimes in holding on to my Hispanic heritage, even when I know it can be a bit ridiculous.

Don’t tell my daughters, but I know they won’t really catch a cold every time they are descalzas in the house.

It’s so sweet when they’re little and they believe that a little “sana sana colita de rana” fixes everything and they don’t say no to the natural remedies and herbal teas.

When they are teens, they want you to know they know better… and funny enough, they’ll still wear their socks and their pantuflas, just because they want to honor their bicultural identity – that’s even sweeter, don’t you think?!

It’s the Spirit of the Law, not The Letter of the Law

If you’re a Latina mom, you’re more than likely the lawmaker in your household. And sometimes, those rules are better broken.

If you would have told me 19 years ago that I would ever agree to a sleepover, I would have answered “¿Estás loca, chica?” Yes, it was only once, and I was paranoid, but … they didn’t die, and neither did I.

I’ve learned so much from my motherhood mistakes and from those moments in which I made a fool of myself.

As Dr. Svetaz says, we are our teens’ coaches and guides. A coach inspires, teaches, recognizes potential and possibility, nurtures, and encourages – and each rule in the game has a distinct purpose.

One Hispanic culture rule I forsook early on, for example, was “eat all the food on your plate.” I only want to have rules that edify – and make sense.

Our teens rely on our experience and wisdom during this time of self-discovery, and they will be open to it when we listen, ask questions, and embrace who they are.

I am so grateful for these culturally affirming teachings from the CTPC, and I wish I had this clarity before, or even when I was a younger mom.

Back then, I couldn’t really relate to mainstream content that didn’t acknowledge the unique challenges and perspectives of bilingual, biracial, and bicultural teens, as well as other teens of color.

Being a Bicultural Teen Has its benefits

Being bicultural is part of my children’s cultural identity and that’s why I choose it to be part of mine. Being entre dos tierras has challenges, but it also comes with great perks.

Through meaningful traditions, storytelling, and keeping an open mind, we can all be proud of our roots and enjoy life as it unfolds.

I love it when Elisha sometimes sends me a random note saying: “Mom, thank you for teaching me Español,” because she has access to broader opportunities and experiences as a college student.

And when Elyssa smirks in pride because she knows the Hispanic song that goes with every situation, and not just a Selena hit, but a ballad from Ana Gabriel or Rocio Durcal, or Amanda Miguel.

And they love it when I participate in the things they love and speak their language – and it’s actually fun!

We can all enjoy a great relationship with our teens – at least most of the time. It’s a process and there’s so much to learn.

I invite you to visit the CPTC Culturally Responsive Parenting landing page for more science-backed information that provides insight into navigating the teen years through this important and nuanced lens. It can really make a difference to Latino families and other families and communities of color.

What are some ways you empower your teen? Share it with us in the comments below. 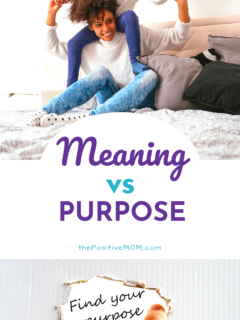 Next
Meaning vs Purpose - How Are They Different and Why Does It Matter?
Click here to cancel reply.