Disney and Pixar’s “Soul” will be available exclusively on Disney+ (where Disney+ is available) beginning Dec. 25, 2020, and I’ve got everything you need to know about it, plus some positive lessons and positive quotes for you!

I was so happy to see an advanced screening of Disney Pixar’s SOUL with my daughters and to laugh, cry, and reflect together.

I had seen exclusive footage of Pixar SOUL on a secret Disney event I was a part of a while ago, and I was sad when its release was delayed.

I have to admit that it’s perfect timing right now, because it’s absolutely perfect for Christmas and an excellent in-home movie.

I can’t wait for you to see it with your family!

In the meantime, I’m bringing you the best and most inspiring positive quotes from Pixar’s SOUL on Disney+ and a SOUL movie review, too!

The Disney Pixar SOUL trailer gives us a preview of just how inspirational it is and we can already learn a few emotional lessons and jot down some positive quotes.

Let’s get into the SOUL movie review!

I am not quite a musician, but I do love music.

However, I knew Pixar’s SOUL would shake me when I saw in the trailer where Joe sees his body lying unconscious in a hospital bed.

It reminded me of when I saw myself in the same way when I was in a coma, as I questioned the purpose of my life.

What is it that makes you…YOU?

Pixar Animation Studios’ all-new feature film, animated fantasy comedy “Soul” introduces Joe Gardner – a middle-school band teacher who gets the chance of a lifetime to play at the best jazz club in town.

But one small misstep takes him from the streets of New York City to The Great Before – a fantastical place where new souls get their personalities, quirks and interests before they go to Earth.

Determined to return to his life, Joe teams up with a precocious soul, 22, who has never understood the appeal of the human experience.

As Joe desperately tries to show 22 what’s great about living, he may just discover the answers to some of life’s most important questions.

Yes, Pixar’s SOUL is very philosophical and emotional, and it really gets deep into your heart, because Joe’s eye-opening journey invites each of us to do some self-discovery of our own.

You know I cried… and yet, there was a lot of comedic relief, too, to break it up.

It’s an innovative and beautifully animated film, which is not surprising, coming from Pixar Studios.

There is so much inspiration to be found in this story (you can see that in the quotes from Disney Pixar SOUL below – warning: they will be a bit spoilery!).

Even the score was a dream!

The lessons about what makes a meaningful life, mentorship, and second chances, are really what the world needs right now.

Plus, it will illustrate what it looks like and what it means to be in “The Zone.” You will love that!

Jamie Foxx (“Just Mercy,” “Project Power”), who won an Oscar® and Golden Globe® for his performance in 2004’s “Ray,” lends his voice to Joe Gardner.

The film also features the voices Phylicia Rashad (“This Is Us,” “A Fall from Grace”) as Joe’s pragmatic mom Libba.

Alice Braga (“Elysium”), Richard Ayoade (“The Mandalorian”), Wes Studi (“Woke,” “The Last of the Mohicans”), Fortune Feimster (“Bless the Harts”) and Zenobia Shroff (“The Affair”) provide the voices of the counselors.

June Squibb (“Nebraska”) lends her voice to Gerel, a 106-year-old heading
to The Great Beyond.

The talent is just magnificent!

SOUL is Pixar’s first movie with a Black main character.

Because SOUL also marks the first film at Pixar to feature a host of characters with black and brown skin, shading art director
Bryn Imagire took special care to ensure all skin types were richly and authentically depicted.

Tina Fey is contributed in the credits for adding dialog to Pixar’s SOUL.

Trent Reznor and Atticus Ross from Nine Inch Nails took on all the music from the ‘Soul’ world!

Besides voicing Curley, Ahmir “Questlove” Thompson was praised by producer Dana Murray for his musical contribution to the film. She called him “an encyclopedia when it comes to music.”

“Soul” is set in two animated worlds, each with its own style, which is like two distinct movies: New York City and the wholly-imagined world of The Great Before.

The barbershop scenes represent a technological milestone or Pixar Animation Studios in rendering a wonderful array of black hair, which has so many incredible textures and colors.

The SOUL filmmakers visited several barbershops to capture the look and feel of this symbolic locale for the Black community, taking away several observations that make it seem truly authentic.

And speaking of research, which is always an important part of Pixar’s films, the filmmakers visited a number of jazz clubs to capture the intimate jazz scene and make the atmosphere authentic, but contemporary.

Is it safe to watch the Disney Pixar SOUL movie with kids? What Positive Moms Want To Know

This animated film is rated PG and at an action-packed 1 hour and 47 minutes, it’s not too long or slow for little ones.

There is no violence whatsoever in the SOUL movie. YAY!

The only word to watch out for is H-e-double hockey sticks, literally!

There will be at least one argument and some mild insults necessary for the plot (such as “idiot,”) but overall, Pixar SOUL is clean and definitely safe to watch with kids.

You saw from the trailer that the central theme is the meaning of life and what really matters in life, so death is mentioned and explored.

Pixar SOUL is creative in its approach to death so what young ones will understand will more than likely cause them to be more curious than emotional ( I can’t say that for adults – I was a mess!).

If a child ends up being confused by one of the concepts of SOUL, you can start a meaningful conversation with them. Ask!

Pixar SOUL will be a great reference to chat with kids about life’s purpose, following your passions, and what it means to truly live. I love that!

There are a lot of positive lessons in Disney Pixar SOUL and it demonstrates respect, compassion, courage, empathy, truthfulness, and the power of perseverance.

Of course, I’m going to say again how much I love that my daughters love to sing, dance, and play the piano and the guitar, and they were in love with SOUL.

Watching Pixar’s SOUL may just inspire your kids to play an instrument – There are so many benefits!

There are so many inspirational quotes, funny quotes, and positive quotes in this film!

Here’s my list of Disney Pixar’s Soul Movie Quotes for you to enjoy – make sure you add your favorites in the comments if I left off one you really loved!

“Life is full of possibilities. You just need to know where to look.” ~ Joe

“Get ready Joe Gardner, your life is about to start.” ~ Joe

“Okay, look, I already know everything about Earth, and I don’t want anything to do with it.” ~ 22

“He’s just criticizing me to cover up the pain of his own failed dreams.” – 22

“Does this gig have a pension?” ~ Libba

“We’re in the business of inspiration, but it’s not often we find ourselves inspired.” ~ Jerry

“I’m happy to accept this award I requested.” ~ Terry

“You always got a plan. Maybe you need to have a backup plan, too, for when your plan falls through.” ~ Libba

“I have compassion for every soul – except for you, 22. I hate you.” ~ Mother Theresa

“Oh, we call it The You Seminar now. Rebranding.” ~ Jerry

“So what do you want to be remembered for?” –Joe

“Mom, I can’t be truthful with you because it seems like whatever I do, you disapprove.” ~ Joe

“My life is meaningless.” ~ Joe

“We only have a short time on this planet. You want to become the person that you were born to be. Don’t waste your time on all the junk of life. Spend your precious hours doing what will bring out the real you. The brilliant passionate you, that’s ready to contribute to something meaningful into this world.” ~ Joe

“Is all this living really worth dying for?“–22

“Music is all I think about. From the moment I wake up in the morning to the moment I fall asleep at night. I was born to play. It’s my reason for living.” ~ Joe

“All the times I’ve been so close to getting to my dreams. – something always gets in the way.” ~ Joe

“Lord knows we need more teachers in this world.” ~ Libba

“I’m just afraid that if I died today my life would have amounted to nothing.” ~ Joe

“Forgetting the trauma of childbirth is one of the great gifts of the universe.” ~ Jerry

“This one might be a handful. But that’s Earth’s problem.” ~ Jerry

“I’m not dying today. Not when my life just started.” ~ Joe

“Lost souls are not that different from those in the zone. The zone is enjoyable but when that joy becomes an obsession it becomes disconnected from life. For a time I was a lost soul myself. Tetris.” ~ Moonwind

“People like him just bring other people down so they can make themselves feel better.” ~ Joe

“If you don’t go with me, you’ll be making the biggest mistake of your career.” ~ Joe

“The truth is, I’ve always worried that maybe there’s something wrong with me. Maybe I’m not good enough for living.” ~ 22

“It’s like he floats off the stage, that guy was lost in the music, he was in it and he took the rest of us with him.” ~ Joe

“Joey, we didn’t struggle giving you an education so that you could be a middle-aged man washing your underwear in my shop.” ~ Libba

“Seriously, stay away from those processed foods.” ~ Terry

“No one understands my art.” ~ Moonwind

Remember! Pixar’s SOUL is on Disney Plus on Christmas Day. Will you be watching?

Which of these positive quotes from Disney Pixar SOUL on Disney Plus is your favorite? Share it with us in the comments below! 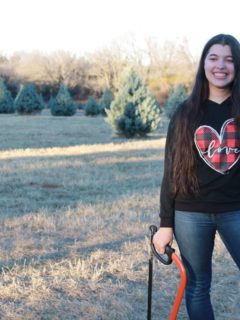 Previous
How To Have The Best Christmas Tree Cutting Experience 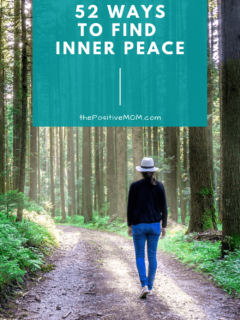 Next
How To Find Inner Peace This Year
Click here to cancel reply.