The Power of Being The First

Main Page » Articles About Motivation » The Power of Being The First

Who was the first person to walk on the moon?

Who flew the first airplane?

Who set foot in what we call the Americas for the first time?

You’d probably ace this test without struggling with the answers.

If you had to answer who was the second in each of these categories, you would probably flunk or at least struggle for a while.

Neil Armstrong, the Wright brothers and Christopher Colombus are names we all know because they were first.

Jack Ries and Al Trout, the authors of Positioning (one of my favorite books) taught us about the advantages of being the first in a category when it comes to brands: being the most memorable, and therefore, top of mind.

They said: “If you can, be first. If you can’t be first, create a category in which you can be first!”

I was recently at Galveston Island with my family to experience the Learn Galveston educational curriculum, which was created with the purpose to teach students about Galveston’s rich history in a way that is fun and engaging.

We learned so much visiting historical sites that can ONLY be found in Galveston, Texas, and besides it being the perfect homeschooling field trip, it was an empowering lesson about being the first.

While we toured Galveston, we were extremely impressed learn about Galveston Island’s rich culture, and even more, to find that Galveston was home to a lot of Texas firsts that one may think would happen in cities like Dallas, Austin, or Houston!

Some of the amazing Galveston Firsts include:

My daughters and I had fun learning and exploring. They have been telling everyone how I got picked for a children’s demonstration while learning nautical terms at the Tall Ship Elissa.

Yes, they thought I was a little girl and I didn’t correct them!

The girls love getting print outs of the first Fernandez immigrants at the Texas Seaport Museum database.

Did you know that Galveston is known as the “The Ellis Island of the West” or compared to a “Second Ellis Island”?

The Port of Galveston was the gateway for immigrants to come through the Southwest of the U.S.A.

And as funny and flattering being mistaken as a child can be, my favorite moment actually happened when Elisha and Elyssa were over at this giant wall where guests are invited to write in a post-it where their ancestors immigrated from.

As I read my name and they boasted about my “bravery,” I teared up realizing I never thought about being the first immigrant in my family.

We had an interesting and entertaining conversation with my friend J.P. as she talked about her ancestors and the stories surrounding their immigration to the U.S. and I kept thinking about how my descendants would talk about my own story.

On the drive back  to Fort Worth from Galveston Island, we were discussing what it means to be an immigrant and the struggles, pressures, and uncertainty that immigration brings with it.

Immigrant is a noun that means “a person who comes to live permanently in a foreign country,” and my heart sinks as I picture my petite self arriving at the San Diego airport with my carry-on bag, having moved thousands of miles away, leaving behind my corporate career, my college, my brand new home, my culture, my family, and my closest friends.

Ultimately, everything I ever cherished was left behind on 12/13/2001 when I moved to the USA.

I cry on this day every year and this year was no different. I let all my emotions flourish and I feel them intensely.

Yes, it was a sad day, but feeling sad to leave doesn’t mean you shouldn’t go!

I was not fleeing persecution, oppression, war, social crisis, conflict, or poverty, and I was not even pursuing what the call the “American Dream.” Living in the United States was never my dream.

I was just following my heart, and I was naive, not ready for the culture shock and the constant state of homesickness and uncertainty that immigrants face, along with the preconceived notions others have of your race (physical characteristics that include skin color), your ethnicity (cultural background) or your nationality (country one is from).

To some, “first-generation American” refers to immigrants who come and make the U.S. their home, and to others, it refers to those who, like my daughters, are the first in the family to be born in the U.S.

Either way, and even with the often coveted “blue-passport-holder” title, I am proud to be Fernández (with an accent mark) and Dominican (with an accent).

What does it mean to be The First?

Leaving your home country is like learning to live all over again and it can be emotionally devastating, and it’s hands-down one of the hardest things I’ve ever done.

I often feel like I’m still in transition, still learning to adapt, and I don’t yet belong, and like if I do, I’ll somehow let go of the precious personal connection to my homeland and my roots.

Being an immigrant can be very lonely, in fact, it can be suffocating to always feel like a stranger, like a foreigner… lonely.

There’s a rock song from the 90’s called “Entre dos Tierras” by one of my favorite bands (Heroes del Silencio) that I always think about and can be translated like this:

Whether they are first-generation or second-generation immigrants, my daughters feel this way too, and they get me.

They helped me see the huge impact my immigration has on them and on those who will come.

They call me a modern-day pioneer and inspire me to see beyond the hole in my heart and toward the impact I’ll have on my posterity.

This quote by Condoleezza Rice is great:

“People who end up being first don’t set out to be first, they set out to do something they love.”

That’s true for me and it is true of so many immigrants whose drive is their love of freedom, their passion, and their love for others, especially for their family.

I agree, and as I think about our visit to the Port of Galveston and reflecting on all the immigrants that came, do still come, and will still come to the United States, I feel a renewed sense of reverence and curiosity: What is the story behind the journey?

Being the first takes a BOLD vision, great courage, and unshakable faith.

Being the first is not about becoming legendary, but about building a legacy for your family and to those in the world you are called to serve in your mission through earth.

I love the Galveston Island natural beauty, attractions for the whole family, and learning more about its rich history and the pioneer spirit it reveals.

Reflecting on Galveston Firsts and my firsts, helps me feel a bit less of a stranger and a little bit more home.

What are some things in your life you ended up being the first to do or be? Share with us in the comments below. 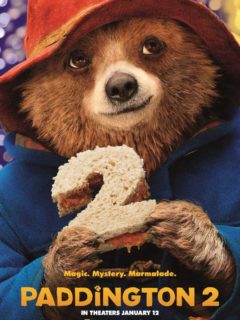 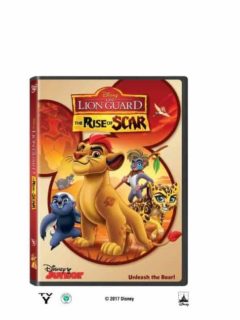 Next
THE LION GUARD: THE RISE OF SCAR ~ Disney Giveaway
Click here to cancel reply.

[…] my whole life plan changed and I felt like I had no choice but to move to the U.S., I saw the pride that was there for me to give […]

Why Family History Is Important in The Process of Finding Yourself

[…] been the first in my family to come as an immigrant the USA and the only current US Citizen, my daughters consider me a pioneer […]

Elayna: I have never been to Galveston. I will have to add it to my bucket list.

My dad was the first generation born here, by just a few years, as his older brother was born in Czechoslovakia. As I was growing up, the story of my grandmother coming to the USA with a small baby to join her husband, was told to us often. The courage my grandmother exhibited has always been an inspiration to me.

I was the first to homeschool in my family, and my circle of friends.

Love this post and all the interesting facts about Galveston's firsts! Being first is all about being courageous and brave enough to do something different that you're passionate about!

What an inspiring post. Love that quote from Condoleezza Rice.