I was so blessed to be invited to a Marvel Studios private early screening of Black Widow with my teen daughter and I brought my little notepad to the theater so I could furiously capture the best Black Widow movie quotes!

Black Widow is truly a cinematic masterpiece. Have you seen it yet?

I am also including my Black Widow review below but first I’ll sum it up for you in two words: MUST WATCH!

And the wait is finally over – you can catch Black Widow in theaters and on Disney+ with Premier Access. And don’t miss the mid-credit scene. It is EPIC!

Black Widow is the first film in Phase Four of the Marvel Cinematic Universe and it has everything we want in a Marvel movie!

If you haven’t seen all the Marvel Studios movies, check out this MCU movie list so you can get caught up and see Black Widow in action!

After Captain America: Civil War, Natasha Romanoff/Black Widow has to confront the darker parts of her ledger and reconnect with what she’s been trying to forget when a dangerous conspiracy arises.

Natasha has to help the other Widows, the program she thought was over.

Pursued by a force that will stop at nothing to bring her down, Natasha must deal with her history as a spy and the broken relationships left in her wake long before she became an Avenger.

Joining her in this new feature film are:

David Harbour as Alexei Shostakov / The Red Guardian, and

Expect to see a few surprise guests in the film, and stellar performances by:

“Black Widow” is directed by Cate Shortland and produced by Kevin Feige along with Louis D’Esposito, Victoria Alonso, and Scarlett Johansson.

I was very impressed at the end of the film because the credits didn’t seem to end. I love to see the talented people who contributed being recognized and there were so many in Black Widow!

I loved the emotional story, the superb action, and the epic soundtrack.

I love that our beloved Natasha Romanova gets her moment to shine and we learn her long-awaited powerful backstory.

She’s such a strong woman and we discover where her strength comes from, we get to meet her family, and learn about her upbringing, which leads to the movie having some memorable characters and intense action!

There are plenty of twists and surprises and you’re on the edge of your seat from start to finish.

There are a lot of references to family dysfunction, trauma, and PTSD, and all of it makes for great quotes, with amazing delivery.

You will love ALL THE GIRL POWER, too.

Is The New Black Widow Movie Safe for Kids?

Many moms have questions about whether Black Widow is a safe film for kids. Because of Natasha’s past, Black Widow is certainly a dark Marvel movie with themes that can be inappropriate or premature for kids and even triggering for adults.

Black Widow is rated PG-13, so you may not want to watch with the little ones. I watched it only with my teen daughters.

Language: There is a lot of profanity in Black Widow, so you want to watch this one without the little ones.

Mature Content: There is a lot of violence and adult themes in Black Widow. There is also a character that is masked and portrayed in a scary way throughout the movie. It was quite intense. There is alcohol drinking and not only disturbing imagery, but also a discussion of psychological conditioning and involuntary hysterectomy.

I loved that they filmed in several locations such as Morocco, Norway, Budapest, and The Bahamas.

The soundtrack was incredible… from Cheap Thrills by Sia to American Pie, to Smells Like Teen Spirit by Nirvana.

It filled my heart with joy when I saw Jack Kirby and Stan Lee’s names in the credits and the mid-credit scene with Val!

I’m sharing the best quotes from Natasha Romanoff, Mason, Alexei, Melina Vostokoff, and Yelena Belova below. Let me know if I missed a line you loved!

You may have heard this Black Widow quote in the movie trailer: “Before I worked for S.H.I.E.L.D., I made mistakes, but I’m done running from my past.”
Guess what? It’s not in the movie!

“You don’t know everything about me. The Avengers weren’t my first family.” ~ Natasha Romanoff / Black Widow

“At some point, we all have to choose between what the world wants you to be and who you are.” ~ Natasha Romanoff / Black Widow

“I’ve lived a lot of lives, but I’m done running from my past.” ~ Natasha Romanoff / Black Widow

“We have to go back to where it all started.” ~ ~ Natasha Romanoff / Black Widow

“I used to have nothing. Then I got this job…this family…but nothing lasts forever.” ~ Natasha Romanoff / Black Widow

“You made a scene, didn’t you?” ~ Natasha Romanoff / Black Widow

“I was trying to do something good. Be more than just a trained killer.” ~ Natasha Romanoff / Black Widow

“I bet it’s easier to be tough in front of defenseless little girls.” ~ Natasha Romanoff / Black Widow [This was so triggering and powerful, all at the same time!]

“It was real to me, too.” ~ Natasha Romanoff / Black Widow

“So are we going to talk like grownups?” ~ Natasha Romanoff / Black Widow [ Yelena responds: “Is that what we are?”, which is so painfully accurate. When you’ve grown up with trauma, you don’t learn to act or talk like a grownup because you have developmental gaps ]

Not sure whether that’s a spoiler, but I’ll have to say that Yelena Belova has some of the best lines in Black Widow. I couldn’t write fast enough to catch all her wit and wisdom!

“I know you’re out there.” Yelena Belova [Anyone else got Anna and Elsa vibes with this one? ]

“What brings you home?” Yelena Belova

“Lucky us.” ~ Yelena Belova [Ugh tugs at my heartstrings]

“It has a lot of pockets, but I use them all the time!” ~ Yelena Belova [ So funny! I am a big fan of pockets – are you? And this line was a bit painful for me, as well. When all you know is scarcity and trauma, the little wins are everything! ]

“I’m not the killer that little girls call their hero.” ~ Yelena Belova [That one hurt]

“Well, what was I supposed to do? You’re the only superhero person that I know.” ~ Yelena Belova [Probably my favorite quote from Black Widow!]

“I doubt the god from space has to take an ibuprofen after a fight.” ~ Yelena Belova [She’s always keeping it real and, YES, she’s talking about Thor!]

“The truth rarely makes sense when you leave out key details.” ~ Yelena Belova

“To him, we are just things.” ~ Yelena Belova

“I was the chore, the job you didn’t want to do. To me, you were everything.” ~ Yelena Belova [This broke my heart and warmed my heart, too!]

“I want my suit back. Just give the man his suit.” ~ Alexei Shostakov / The Red Guardian

“The Red Room is your home now.” ~ Dreykov [If you’ve watched the MCU movies, you’ve been wondering about The Red Room for as long as I have, and we get to learn all about it in the Black Widow movie – finally! ]

“Family. Back together again.” Alexei Shostakov / The Red Guardian

“You got fat.” ~ Melina Vostokoff (to The Red Guardian)

“People who have friends don’t call me.” ~ Mason. [I loved Mason’s and Natasha’s relationship ~ much like Natasha’s and Steve’s! ]

“Natasha, don’t slouch. You’re going to get a back hunch.” ~ Melina Vostokoff (I could relate to this so much!)

“I always found it best not to look into the past.” ~ Melina Vostokoff

“Tell me, how did you keep your heart?” ~  Melina Vostokoff

“Can you imagine what I could do with an Avenger under my control?” ~ Dreykov [As you can guess, he is the villain in Black Widow and a cringy one. It’s so easy to despise this character!]

I don’t pay you to worry.

The truth rarely makes sense when you omit key details.

Great plan – I love the part where I almost bled to death.

Pain and suffering is every day.

To him, we are just things. Weapons with no face that he can just throw away.

I never let myself be alone where I have to think about it.

You’re going to give me some hero speech. I can feel it.

I never had control over my own life and now I do.

Aw, he’s sensitive! Is that why you keep him around?

This will be a cool way to die.
Trust me, this isn’t pleasure.

What is with this tension?

No one can match your effectiveness, your ruthlessness.

Let go of me now, you smell really bad.

I want them to follow their dreams, reach for the stars.

We stole the key to unlocking free will.

You are an idiot, and you are a coward.

You were born in a cage but that’s not your fault.

What you taught me kept me alive.

When you look into the eyes of a child you have raised.

Don’t tell me to stop.

These girls were trash. I recycle the trash. I give them a life.

Forgive me, little sister. I should have come back for you.

I’m allergic to the midwest.

What is your favorite Black Widow movie quote? Share it with us in the comments below! 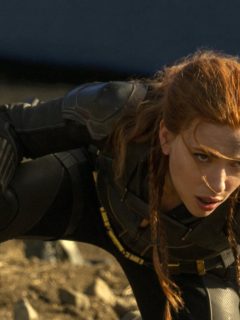 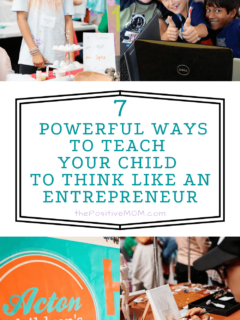 Next
7 Powerful Ways to Teach Your Child to Think Like An Entrepreneur
Click here to cancel reply.