The new Cruella movie by Walt Disney Studios is my new obsession and I’m going to share my favorite Cruella Movie quotes and fun facts with you!

The fashion – flawless. Jenny Beavan’s costumes are bound to get an Oscar!

Set in 1970s London amidst the punk rock revolution, Cruella has major The Devil Wears Prada vibes and it’s great for those of us who ever felt like outcasts and misfits.

The all-new “Cruella,” live-action feature film about the rebellious early days of one of cinemas most notorious – and notoriously fashionable – villains, the legendary Cruella de Vil. “Cruella,” follows a young grifter named Estella, a clever and creative girl determined to make a name for herself with her designs.

Estella de Vil befriends a pair of young thieves who appreciate her appetite for mischief, and together they are able to build a life for themselves on the London streets.

One day, Estella’s flair for fashion catches the eye of the Baroness von Hellman, a fashion legend who is devastatingly chic and terrifyingly haute.

Their relationship sets in motion a course of events and revelations that will cause Estella to embrace her wicked side and become the raucous, fashionable and revenge-bent Cruella.

Unlike with most sequels, the actors did not seek inspiration in the original classic depictions of Cruella for the third installment in the 101 Dalmatians franchise.

Disney’s 1961 animated film, 101 Dalmatians, and the 1996 live-action film adaptation of the same name, featuring Glenn Close portrayed a completely different Cruella. This version is ICONIC – whether you love or don’t the first two movies.

Many moms have been asking me:

What rating does Cruella have?

Is Cruella safe for kids?

Is Cruella scary for children?

Well, even though the genre is comedy and kids and family, Cruella received a PG-13 for some violence and thematic elements.

There’s no profanity but there is child bullying, a lot of name-calling, crime portrayal, and very intense scenes, some of which are about murder and attempted murder.

This rating is rare for a Disney movie, especially based on a classic animated feature, but Cruella does have a darker tone and it is not exactly for all kids and has a runtime of 2 hours 14 minutes, too.

The Cast of Cruella

Academy Award® winner Emma Stone (“La La Land”) stars in Disney’s Emma Stone as the titular protagonist and may I say, she is perfect as Cruella.

I just adore Emma Thompson. She’s definitely one of my favorite actresses, because. well, she’s uber talented, but also because she’s a powerhouse! She is so iconic as the Baroness that you really start to despise her!

The film is directed by Craig Gillespie, with screenplay by Dana Fox and Tony McNamara, story by Aline Brosh McKenna and Kelly Marcel & Steve Zissis, based upon the novel “The One Hundred and One Dalmatians” by Dodie Smith.

I loved meeting Kristin Burr at Disney Social Media Moms and chatting with her at the Christopher Robin Hollywood premiere and I love that she’s part of this remarkable project!

The New Cruella and Her Stance on Dalmatian Dogs

The animated feature and the first live action movie depict Cruella as a vain, fur-wearing villain whose name means CRUEL and DEVIL and lives in the ‘Hell Hall’ country house.

“I live for fur. I worship fur. Is there a woman in this wretched world who doesn’t?”

The previous versions of Cruella spoke to a time where fur was a symbol of luxury and opulence, rather than animal cruelty.

To me, the message was there all along: wearing fur = hurting animals = being cruel and evil!

With the new Cruella movie, the message is much clearer and much more intentional.

In fact, no dogs or any other animals were harmed by Cruella and even though Emma Stone she wears 47 costumes, none of them contain fur.

Okay, so not all of the lines from Cruella are exactly positive quotes, so I’ve compiled the best Cruella movie quotes for you:

“I was meant for more in this life.” ~ Cruella de Vil

“You belong here as much as anyone. They’re lucky to have you.” ~ Katherine de Vil

“I broke the promise. Just a little.” ~ Estella de Vil

“If you have to talk about power, you don’t have it.”  ~The Baroness

“She has made it me or her, and I choose me.” ~ Baroness von Hellman

“Being a genius is one thing. However, raising a genius comes with its challenges.” ~ Estella de Vil

“I like to say that ‘normal’ is the cruelest insult of them all, and at least I never get that.” ~ Artie

“For the first time in my life, I felt like I belonged.” ~ Estella de Vil

“Do I pay you for your opinion or for your obedience?” ~ The Baroness

“I’d like to remind you all that I’m doing this in heels.” ~ Cruella de Vil

“Let me give you some advice: You can’t care about anyone else. Everyone else is an obstacle. If you care what an obstacle wants or feels, you’re dead.” ~ Baroness von Hellman

“Alright we should put on some music or something. Lighten the mood.” ~ Cruella de Vil

“It’s funny how those happy accidents can change the course of your life.” ~ Cruella de Vil

“You have that glint in your eye” ~ Anita Darling

“From the very beginning I realized I saw the world differently than everyone else. That didn’t sit well with some people, but I wasn’t for everyone.” ~ Cruella de Vil

“What, you’re helpful to me is all. As soon as you’re not… you’re dust.” ~ Baroness von Hellman

“They say there are five stages of grief: Denial, anger, bargaining, depression, and acceptance. Well, I’d like to add one more...revenge.” ~ Cruella

“Finally, someone competent!” ~ The Baroness

“Darling, if I’m going to have to repeat myself a lot, this isn’t gonna work.” ~ Cruella de Vil

“Am I going to have to catch you up or are you going to keep up?” ~ Cruella de Vil

“The queen is dead! Long live the queen.” ~ Cruella

“I’ve had enough of being treated like a dog. (No offense, Wink.)” ~ Jasper

“Love me into shape, I suppose was the plan.” ~ Cruella

“Thank you for your time. Incompetent as always.” ~ The Baroness

“You’re going to kill me because I upstaged you?” ~ Cruella

“Well, thank you for the crumpets and the crazy story. Good luck with that.” ~ Jasper

“I tried. I really, I tried, because I loved you.” – Cruella

“A well-cut skirt is a life-saver, girls. Remember that.” ~ Cruella

“It all makes sense now. Of course you’re extraordinary. You’re mine.” – The Baroness

“Must dash. Much to avenge, revenge, and destroy.” ~ Cruella

“She played the family card. It’s working.” ~ Jasper and Horace

“People do need a villain to believe in, so I’m happy to play the bill.” ~ Cruella

“A night of fabulousness, mayhem, and possible death.” ~ Cruella

“The good thing about evil people is that you can always count on them to do something – well. Evil.” ~ Cruella

• Horace and Jasper – 30 costumes each Cast

• 200 cans of white spray were used on the wigs

• Supporting cast – 149 – including 107 plus party guests, half a dozen catwalk models and 9 members of the band

• 8 trucks of props a day throughout the shoot

• Dogs had bespoke dog collars created by a jeweler

• Only 3 cakes made for Black and White Ball, so only 3 takes possible (they did it in 2)

• Over 3,500 meters of fabric used in the set decoration

• 256 meters of fabric for Liberty of London

You can also purchase advance theater tickets through Fandango to see the movie on the big screen in cinemas.

What are your favorite Disney Cruella movie quotes? Share with us below! 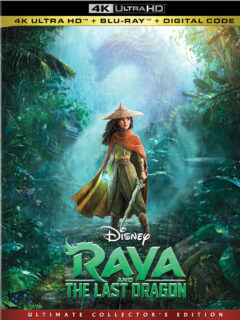 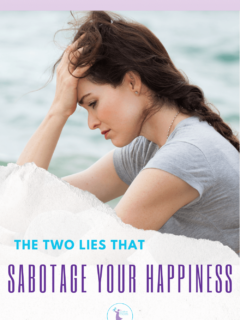 Next
The Two Lies That Are Ruining Your Life and Sabotaging Your Happiness
Click here to cancel reply.