Disney fans – you can now experience Never-Before-Seen Bonus Footage and Deleted Scenes with Raya and the Last Dragon on Digital and 4K Ultra HD™, Blu-ray™ and DVD May 18.

And I’m sharing some wonderful Raya and The Last Dragon Activities for kids and a fabulous giveaway, too!

My daughters and I really enjoyed this film – the flawless animation, the positive quotes, and the heartwarming story.

“Raya and the Last Dragon” takes us on an exciting, epic journey to the fantasy world of Kumandra, where humans and dragons lived together long ago in harmony.

But when an evil force threatened the land, the dragons sacrificed themselves to save humanity.

Now, 500 years later, that same evil has returned and it’s up to a lone warrior, Raya, to track down the legendary last dragon to restore the fractured land and its divided people.

However, along her journey, she’ll learn that it’ll take more than a dragon to save the world—it’s going to take trust and teamwork as well.

“Raya and the Last Dragon” features an outstanding voice cast, including:

Kelly Marie Tran as the voice of the intrepid warrior Raya;

Awkwafina as the legendary dragon, Sisu;

Lucille Soong as Dang Hu, the leader of the land of Talon;

Patti Harrison as the chief of the Tail land;

and Ross Butler as chief of the Spine land.

Don Hall and Carlos López Estrada are directing, with Paul Briggs and John Ripa co-directing. Osnat Shurer and Peter Del Vecho are the producers, and Qui Nguyen and Adele Lim are the writers on the project.

Walt Disney Animation Studios’ epic adventure Raya and the Last Dragon is now available on all major digital platforms and on 4K Ultra HD™, Blu-ray™ and DVD beginning May 18, so you can enjoy never-before-seen bonus footage and deleted scenes in stunning Ultra HD quality and Dolby Audio.

Raya and The Last Dragon Activities for Kids

If you’re looking for Raya and The Last Dragon Activities for Kids, then this Walt Disney Studios activity pack is for you!

Raya and The Last Dragon Giveaway

Walt Disney Animation Studios’ “Raya and the Last Dragon’’ has a run time of 107 minutes, and it’s rated PG in the United States (bonus material not rated). 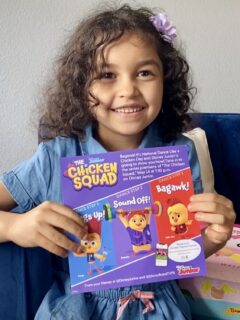 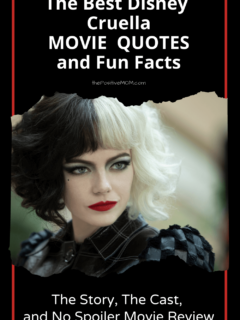 My grandkids have been waiting for this movie! My grand daughter loves anything with unicorns and my grand son sometimes plays "The Dragon Slayer" lol.

I have been waiting for this one. Looks so good.

Looks like it will be a positive Female Role for my daughter.