Exclusive Interview with the Cast of Netflix’s Selena: The Series Skip to Content

Exclusive Interview with the Cast of Netflix’s Selena: The Series

Main Page » Articles About Being a Mompreneur » Exclusive Interview with the Cast of Netflix’s Selena: The Series

I recently had the privilege to have a “virtual sit down” with actor Ricardo Chavira (Desperate Housewives) and actress Seidy Lopez (Training Day), who star in Selena: The Series, a coming-of-age story about the life of iconic, legendary singer, Selena Quintanilla.

Ricardo Chavira, whose energy is charismatic and enchanting, has the role of Abraham Quintanilla Jr, Selena’s father and manager of Selena and Los Dinos.

Here’s the rest of the cast for Selena: The Series:

Mexican and Italian American actress Christian Serratos in the titular role of Selena Quintanilla, the Queen of Tejano Music.

Gabriel Chavarria (War for the Planet of the Apes) as A.B. Quintanilla III, Selena’s older brother who played bass in Selena y Los Dinos, the band’s music producer, who wrote or co-wrote songs, including the hit “Como La Flor.”

Selena: The Series will premiere on Friday, December 4, and I was very blessed to watch an early screening of the show with my daughters.

We binge-watched the whole nine 40ish-minute episodes of part 1 of the series while laughing, crying, and learning together (Selena: The Series will consist of two parts).

Like Selena, I was a teen in the late 80’s and really early 90’s – and I absolutely loved her music. I was 18 when Amor Prohibido became a hit in the Dominican Republic. I was obsessed!

I knew all of Selena’s songs by heart, and to this day, even when I have one of those hard days, the sound of Bidi Bidi Bom Bom never fails to make me get up, dance, and forget all my woes.

Little did I know that in just a few years, I’d move to the U.S., becoming the first immigrant in my family, and eventually a mom of bilingual, biracial, bimusical, and multicultural kids, and Selena soon became one of my personal heroes.

You don’t have to be an immigrant or a mom to enjoy Selena: The Series – it has just the right touch of drama and comedic relief for anyone who loves good storytelling and some good old 80’s fashion.

And yet, this real story just hits differently for me at a personal level, because Selena paved the way for myself and my daughters in so many ways.

Selena: The Series is focused on family life. It’s looking at Selena’s story from the lens of who she was within the Quintanilla family and the Mexican-American community, rather than simply looking at her as a performer- the superstar who won a grammy and still ranks as the best-selling female artist in Latin music history.

It’s an intimate account of Selena’s early years, before she became the Queen of Tejano music and the queen of our hearts, and the first crossover artist of her kind.

When I learned that I’d be interviewing Seidy Lopez and Ricardo Chavira, I was ecstatic.

They are very talented actors, of course, but beyond that, they are also parents of teens, like me, and they can also relate to the experience of having grown up with a different generation with its respective parenting style.

Seidy Lopez, born in Merida, Yucatan and raised in the United States, put it this way:

“It is a story about Selena but also a story about family. It took work for the Quintanilla family to get to where they are, but they did it together – and that’s the beauty about it. We know Selena as the singer for these huge venues, but they didn’t start that way. They started very young, very little, in a garage practicing, with their dad mentoring them.”

The moments in Selena: The Series are raw, real, and sacred, in a way. And Seidy Lopez says she wants the audience to “feel that warmth” that they felt on the set as they portrayed these inspiring real life characters.

Ricardo Chavira, who is from San Antonio, then added to the conversation and his words had me in chills:

“What I hope that we achieve as a production and series is that we add to the enduring legacy of Selena and her story. She’s truly been an icon. We get to inform a new generation about who Selena is and how important she is to the Mexican, Mexican-American, and South Texas communities.”

My daughters and I really enjoyed watching Selena: The Series together as they sang and danced along the music. They have grown up with Selena in their hearts.

We’ve driven down to Corpus Christi for a memorable visit to the Selena Museum and the Selena Memorial Statue – el Mirador de la Flor – and we’ve sung “El Chico del Apartamento 512” hundreds of thousands of times at the top of our lungs.

When I heard Ricardo Chavira, it dawned on me that as this Netflix series chronicles Selena’s life for those of us who already adore her, it also keeps the beauty of Selena’s memory alive to inspire a new generation – because she transcends generations.

“I hope it inspires [the audience] to go after their dreams and that it excites them about the process of achieving.”

Selena: The Series teaches us that “Every legend starts with a dream” and every dream is built with effort and support, and that the process of achieving is non-linear and unpredictable.

When I reflect upon my own family, I am so grateful for what we’ve built together.

Just as we see in the series with the Quintanilla family, we’ve had our downs, with the respective behind-the-scenes family drama, and we’ve had to make some tough choices.

Abraham Quintanilla is a visionary who saw great potential in his kids and I can relate to that. He’s now 81 years old and an Executive Producer in Selena: The Series alongside creator and executive producer Moisés Zamora (American Crime).

It’s somewhat a less-traveled road to live, work, and learn with your family 24-7-365, and yet, it has been so rewarding for my daughters and I, in my last 15 years as an entrepreneur and the last 10 years of homeschooling.

And on that topic of Abraham Quintanilla’s entrepreneurial spirit and his part on his family’s success, here’s what Seidy Lopez had to say.

When I asked her about the lessons she thinks we can learn from working together and being in business together as a family, she responded:

“It’s an advantage. It’s a gift, because most people don’t get that opportunity. A lot of people get home from work and only have a few hours with their family, then they have to leave early in the morning or call their kids on the phone.

Ricardo and I even had some of these experiences where we were at work – and you miss your kids. You miss making sure they’re okay, following up just to see how their day was.

Working together, and having a business, you get to be creative together. You get to teach them how to do things and manage a business, and at the same time it helps you grow as a family tighter because you gain this extra respect for each other.

I think it’s beautiful and if you have that it’s a gift.”

Ricardo Chavira, who boasts quite an international career, on the other hand, confesses that his family “has gotten used” to him being on the go.

“I think that what you’re doing is incredible! He says to me as I blush, flattered, and adds:

“If you have that opportunity and you get to spend that kind of time in entrepreneurship, I think it is amazing and cool, but my family would not be on that train with me at all.

We all laugh as he jokes:

“After two months of the pandemic, my son asked me, ‘Dad, when are you going back to work?’”

And you know, if we are real, we can all agree that it can be overwhelming!

“When we talk about entrepreneurship, I don’t think Abraham was thinking of it as entrepreneurship from the beginning, he was just finding a way to entertain his kids, to keep them occupied so they didn’t get in trouble or do things they weren’t supposed to do,” Ricardo Chavira explains.

“That’s where you see this beautiful foundation of the essence of family come into play in the series, and how that forms their success as a family, their success as an entrepreneurial group, and also the success of Selena.

It’s about music and family and life experience.”

I felt his words in my bones, really, because it’s a delicate balance. Being a single mom and only provider is a lot of pressure on me and it’s heart-wrenching to share the burden with your kids, and yet, I am proud when I see what they are capable of and just how happy they are that they get to explore their interests and achieve so much while doing it.

Selena broke not only records, she broke boundaries, barriers, and stereotypes. She was a pioneer in a male-dominated Tex-Mex music scene and her legacy goes beyond her voice, energy, and charisma.

Selena: The Series will explore the early years and humble beginnings, as the Quintanillas all navigate through becoming who they are today. Each episode infuses a timely message of hope that reminds us that anything and everything is possible.

Selena’s journey was also Suzette’s journey in reluctantly becoming the first female drummer in Tejano music history, – and A.B.’s journey of discovering his musical abilities and becoming an award-winning songwriter and music producer.

Seidy Lopez and Ricardo Chavira’s performances are stellar as parents to these talented and coachable children, and they could both draw from their personal experiences in their roles. They also confessed that their chemistry with each other and the rest of the cast started immediately.

“We’re all bonded. I know we’re never going to lose touch with one another,” says Ricardo Chavira.

As parents, we have the unique opportunity to identify the extraordinary gifts our children possess and the sometimes taxing responsibility to help nurture their talents, skills, and abilities.

Selena is one of the most beloved and influential Mexican-American singers and celebrities of all time, and I’m happy she continues to be celebrated.

Selena has always been a symbol of owning your identity, following your own American dream, and the importance of family.

Her loyal and protective fans finally get a chance to see a family-approved account of the exact events that led her to rise to immortal fame.

In Netflix’s retelling of the Tejana singer’s path to international stardom, we can see Selena as never before. An insider’s look at the whole picture of our sequined jumpsuit wearing diva, like we’ve always wanted!

My only warning about the anticipated Netflix bio-series? You could fall in love!

Be sure to tune in to the Selena: The Series, streaming exclusively on Netflix on December 4, 2020. Visit http://bit.ly/SelenaWAG for more information. 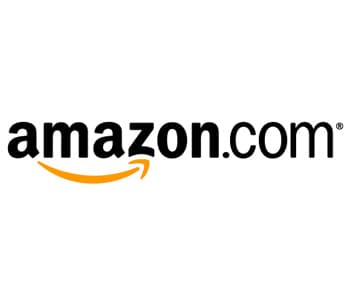 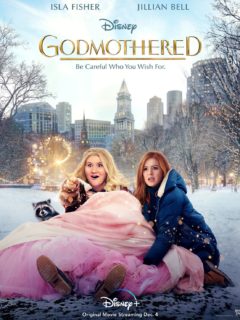 Next
Positive Lessons and Positive Quotes From Godmothered
Click here to cancel reply.