Elydia’s about to have a birthday and we’re celebrating with PAW Patrol because she’s literally obsessed. Eliana has been a long-time fanatic and we’ve watched every Nickelodeon episode of this TV series.

We all love our PAW Patrol heroes: Marshall, Chase, Rubble, Skye, Rocky, and Zuma. They’re ready for the rescue whenever there is trouble.

We were so excited to hear about the new PAW Patrol movie from Paramount Pictures, Nickelodeon Movies, and Spin Master Entertainment because we knew it would be a fun pup-tastic adventure!

I really enjoyed watching PAW Patrol: The Movie with my daughters. The runtime is obviously longer than that of an episode, but they were both glued to their seats, savoring every second.

PAW Patrol: The Movie is rated G, which is rare and amazing these days, and it’s packed with fun action, just like the series. They do turn up the intensity a bit and there are tons of maneuvers featured in this film.

While one pup must face his past trauma in Adventure City, the team finds help from a new ally, a savvy Dachshund named Liberty.

Together—armed with exciting new gadgets and gear—the PAW Patrol fights to save the citizens of Adventure City from environmental disaster!

PAW Patrol: The Movie features a long list of stars, beyond the members from the original series cast and more diverse, too:

The PAW Patrol series is always a PAWsitive experience and the larger-than-life story for the first time ever on the big screen is no less thrilling and educational.

PAW Patrol: The Movie teaches our little heroes how to be brave, the importance of practicing teamwork, and what it means to be a friend.

Watch the trailer for PAW Patrol: The Movie here.

PAW Patrol: The Movie is filled with positive lessons for our little heroes to learn.

There is no concerning language, other than the regular bullying words and phrases needed to teach the contrast of kindness, compassion, and empathy.

Emotionally sensitive kids (and moms, apparently) can be triggered with abandonment trauma or adoption themes. I may have cried, but don’t tell anyone!

I loved this part the most because it gave me an opportunity to discuss this with Eliana and help her understand that what happens in the past can affect us sometimes, but it doesn’t have to define us. Round of aPAWse!

Of course, I really loved the mention of influencers with over 10,000 followers (that’s me!) – so clever!

Our little ones can now enjoy physical play with a PAW-dropping toy line that replicates Adventure City headquarters in the safety of home. It’s PAWsome!

Eliana loves to save the day with Ryder and the pup team and organize her favorite missions and high-stake rescues, and Elydia truly enjoys the PAW Patrol vehicles.

Below are some of the great new PAW Patrol: The Movie toy collection your kids will love (mine do!):

Chase is on the case and he’s got an all-new vehicle in PAW Patrol: The Movie that boys and girls 3 and up can enjoy!

These are some of the features of Chase’s Transforming City Cruiser that Eliana loves most:

Chase’s movie cruiser, motorcycle and figure is a favorite in my home, and you can find it at Target: http://goic.io/flBlzA.

Eliana had her own PAWsible mission by challenging herself to put together this 3-foot-tall playset.

It’s the tallest PAW Patrol tower yet – almost taller than her! She got a kick out of that!

Having this PAW Patrol Playset in their playroom feels as if Adventure City came to life from the big screen. It’s a dream come true for these little PAW Patrol fanatics.

Eliana loved discovering the many exciting features of this one, including the transforming light-up rescue ramp, the rotating command center, the vehicle lift that lights up at launch (just like in the movie), a pup elevator that sends pups to the top of the tower, and the lights and sound effects, of course. Plus, the badge on the front of the tower lights up, too!

The PAW Patrol Tower Set is available at Target: http://goic.io/12kPmx

Toddlers (like Elydia) can practice their motor skills with a vehicle dashboard or a set of cardboard blocks, and eventually, they’ll be ready to pick up a marker or chalk to use at the PAW Patrol art center.

I love that this PAW Patrol storytelling and action play set has a rotating launcher for multiple movie-inspired rescues (over five different action outcomes over and over again).
The Rescue Set is available at Target: http://goic.io/wbo24u

The PAW Patrol toy collection from Spin Master is the perfect way for our children to relive their favorite parts of PAW Patrol: The Movie at home. Gives a new meaning to playing the movie (although we do do that – it’s on Digital and Paramount+).

And with a new female pup in PAW Patrol: The Movie, my little PAW fans can use their imagination to pretend they are different characters – one in her flashy pink scooter and the other in her sleek helicopter.

Which of these PAW Patrol-inspired toys do you think your child will love most? Share why in the comments below! 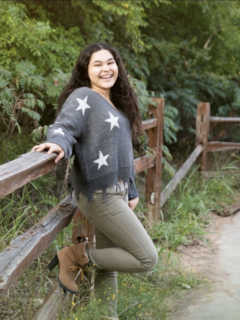 Previous
Celebrate When Your Teen Makes A Well Thought Out Decision 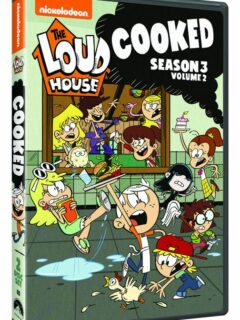