Have you heard of Secrets of Sulphur Springs?

It’s a new show that airs on Disney Channel at 7:00 PM CST on Fridays.

My daughters and I are obsessed!

We were so excited that we had the opportunity to screen this week’s episode before it airs this FRIDAY, January 29th.

Not only that, Disney Channel sent some goodies our way so we could enjoy while watching the episode – SO SWEET, right?

I’m so grateful to be among the 20 mom bloggers in the entire world who get to be part of this event.

I promise to share everything I know with you. Except for spoilers, that is – But you get that.

“Secrets of Sulphur Springs” follows 12-year-old Griffin Campbell whose world has been upended by his father, Ben.

Ben has moved the family from Chicago to take ownership of an abandoned hotel property, The Tremont.

The Campbell family, which also includes Griffin’s mother, Sarah, and his younger twin siblings, Wyatt and Zoey, moves into The Tremont in hopes of restoring it to the lively vacation destination it once was.

On his first day at his new school, Griffin hears rumors that the hotel is haunted by the ghost of Savannah, a girl who disappeared decades ago.

He soon meets and befriends Harper, a thrill-seeking classmate, and soon they discover a secret portal that allows them to travel back in time and uncover clues about the town mystery.

The Cast of “Secrets of Sulphur Springs”

The cast of “Secrets of Sulphur Springs” features:

and Kyliegh Curran as Harper

The girls and I screamed when we saw that the cast had recorded some wonderful messages for us during the screening.

It’s the little things that remind you “You’re Special!”

In this week’s episode, Ben is upset by the flurry of news reports marking the thirtieth anniversary of Savannah’s disappearance, while Zoey and Wyatt see it as the perfect opportunity to finally capture her ghost on tape.

It was filled with magic and mystery – and a few cringes and laughs.

You know, all the feels!

We are really on the edge of our seats and we can hardly wait for the next episode. 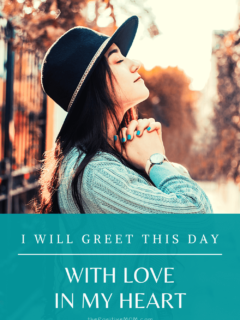 Previous
I Will Greet This Day With Love In My Heart 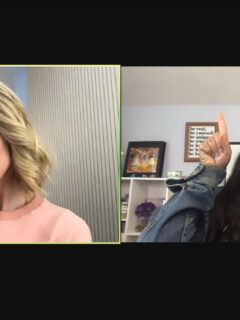 How fabulous! It sounds like a great show! My kids loved Disney Channel when they were young. ❤️😀❤️