The Best Positive Quotes From the Disney Safety Movie

If you love stories of hope, inspiration, and strength, the Safety Movie is your best bet – and I’m happy to report that it’s now been released on Disney Plus!

I had the great experience of screening Disney’s Safety movie with my daughters and we were in a puddle of tears, as you may expect from the trailer.

Hit play to see why the Safety movie is not just another sports movie and it’s a must watch with your family.

Before we explore the best positive quotes from the Safety movie on Disney Plus, let’s review the film!

The Safety movie on Disney Pus is a drama inspired by the empowering true story of former Clemson University football safety Ray Ray McElrathbey (Jay Reeves), a young man facing a series of challenging circumstances, whose dedication and persistence help him to triumph over repeated adversities.

Aided by his teammates and the Clemson community, he succeeds on the field while simultaneously raising and caring for his 11-year-old brother Fahmarr (Thaddeus J. Mixson).

The Safety movie is really intense in the best way. You gotta grab tissues and be ready to have a big cry (which is really cleansing and necessary every once in a while).

Safety is relatable to anyone that has been through family disappointment and struggles, and has had to make difficult choices to survive.

If you’re a sports fan, you’ll love the Safety movie, but you will love it even if you’re not into sports (I’m not and I LOVED it).

Safety isn’t about two rival teams, but about what it takes to succeed and what it truly means to be a family.

There is so much heart in the Safety movie – you’re going to want to watch it over and over just to take it all in.

“Safety” stars Jay Reeves (“All American,” “The Tax Collector”) as Ray and newcomer Thaddeus J. Mixson as Fahmarr, along with Corinne Foxx, (Kaycee), who is following in the footsteps of her award-winning father, Jamie Foxx.

The Safety movie also features a talented group of supporting players, including:

Interesting Facts About The Safety Movie

It took 13 years to bring Safety to the screen!

Producer Mark Ciardi, who has been responsible for many sports-themed films over the years, including “The Rookie,” “Miracle,” “Invincible,” “Million Dollar Arm,” and “McFarland, USA,” among others, had been trying to bring Ray McElrathBey ’s story to the big screen since 2006.

The real Ray McElrathBey was involved in the making of Safety.

Ray McElrathBey said this about the film:

“When Mark initially came to me, he told me my story was very inspiring and that they thought it would be a great motion picture, but that doesn’t mean that we’re gonna make the movie this year, or next year. He said this could take 10 or 20 or 30 years. It might not ever happen. So, after all this time, when Mark told me it was actually happening, I was in disbelief. It’s still unreal to me.”

The filming for the movie took place at Clemson.

When the filmmakers contacted Clemson to look into the possibility of filming on campus, the school went out of their way to make it work.

Is it safe to watch the Safety movie with kids? What Positive Moms Want To Know

An inspirational story is a guaranteed Positive mom favorite; however, the question is always just how safe and kid-friendly Safety is.

There’s no violence in Safety, except for the football related force. There’s one scene where a character raises his voice in anger.

Even though some of the college students hold and drink out of red cups, no scenes focus on alcohol or behavior derived from its consumption.

There’s no sexual content in Disney Plus’ Safety movie. There are a few settings that you may consider to be romantic, but not inappropriate for kids to see.

The Safety movie touches on very hard topics that were, unfortunately, relatable to my daughters, especially my 7-year-old, who is still in the thick of dealing with having a completely absent parent.

If you are watching with a child who is sensitive to this issue, you may want to consider this. Also, it has a run time of 122 minutes, but there’s plenty of action to keep the attention spans engaged.

It makes for a rich – and intense – conversation about the disease of addiction and what springs from it: stealing, powerlessness, poverty, the realities of rehab and foster care, as well as the pain of trauma and dysfunction.

In contrast, it shows the power of family, teamwork, and community in hard times.

This moving and vulnerable story focuses on the principles of commitment, courage, and determination and how these help when you are put up against seemingly insurmountable odds.

Safety is fairly clean as far as language goes… the “d” and the “h” word are the only swear words you will hear and there’s use of the word “dope” in the context of substance abuse.

I’m not a charity case, I don’t need anyone’s pity.

Thank you for always being there for me, even when I tried to push you away. You didn’t deserve that.

It’s hard when you have ball, class and life, I guess.

You don’t have to do this on your own. – Daniel Morelli

Or you could just be looking for an excuse not to go because you are scared of commitment.

It’s time for you to separate yourself from the rest of the pack.

Why are you helping me? -Ray Ray

It’s okay to open you heart and accept help.

Some of the toughest men could not endure what you did these past few months.

I didn’t want you to see me as baggage.

I can’t depend on football to hold me down for life.

Repeat after me, I am a winner.

There is no going back for me. I’m Fah’s brother, his father and anything else he’ll ever need me to be.

Go show them how it’s done.

You proved a lot of men wrong, Ray. Including me.

I run and ask questions later.

What does sacrifice mean to you? It means being selfless. Committed. – Tommy Bowden

Thanks for coming back for me.

My brother and I had it kinda tough growing up.

Clemson has given me the opportunity to change my life. My coaches, my teammates, these men are my brothers too.- Ray Ray

You have done more than anyone could ask, Ray.

Something’s got to give.

I ask you not to make me leave one family so that I can care for another.

I would go to war for any person on this team, including you. But I have to know you’d do the same.

You must be straight from heaven.

Does Beyonce know how to sing?

It ain’t fair, but it’s reality.

I promise you, it will be all right.

Much learning does not teach understanding.

If you and everyone else is done fighting for me, I’ll fight for myself.

Which of these positive quotes from Safety movie on Disney Plus is your favorite? Share it with us in the comments below!

Remember! Safety is now on Disney Plus! Make sure you use hashtag #DisneyPlus #SafetyMovie and follow Disney Plus on your favorite platform: @DisneyPlusFacebook @DisneyPlusInstagram @DisneyPlus. 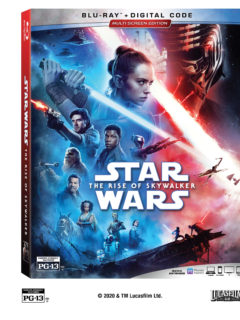 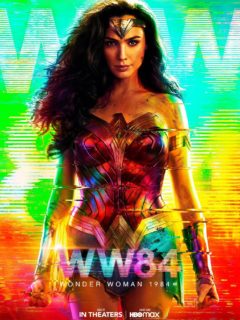