When I was in Los Angeles for the AVENGERS: INFINITY WAR red carpet and movie premiere, I was blessed to visit Marvel Studios and interview Black Panther Executive Producer Nate Moore to celebrate the in-home release of the highly celebrated story of T’Challa (Chadwick Boseman), a young African prince who takes on the mantle of King and Super Hero. Black Panther has quickly become one of everyone’s favorite Avengers. 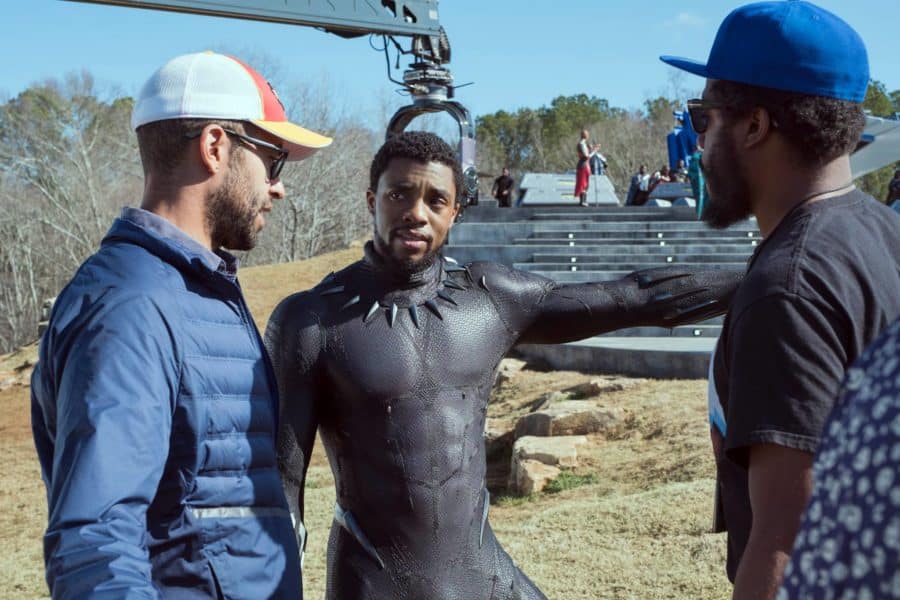 With a powerful message, a mostly African American cast, and an unparalleled depiction of powerful women, Marvel Studios’ BLACK PANTHER is a must-own cultural phenomenon. I think the level of representation, richness in diversity and mindful inclusion are what made this film so successful. 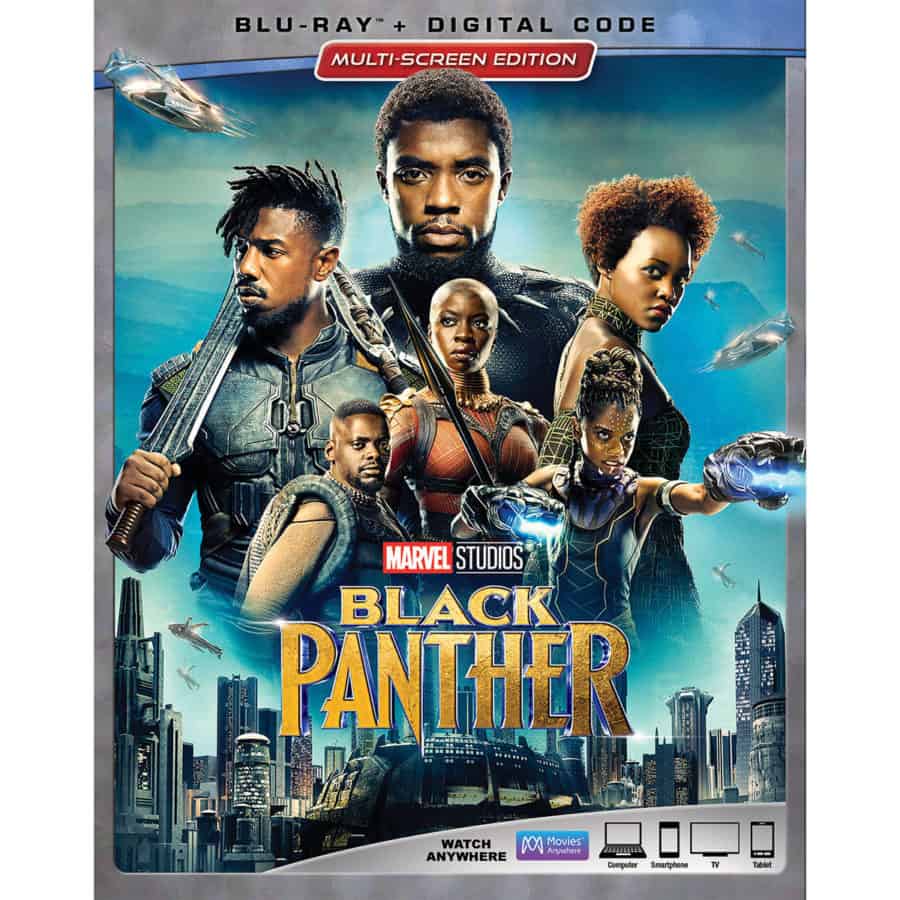 As of today, you can now bring it home and watch it over and over again! Black Panther came out Digitally in HD and 4K Ultra HD™ and Movies Anywhere on May 8 and on 4K Ultra HD™, Blu-ray™, DVD and On-Demand on May 15.  With both Dolby Vision and Dolby Atmos immersive sound, 4k Ultra HD offers consumers a transformative viewing experience. 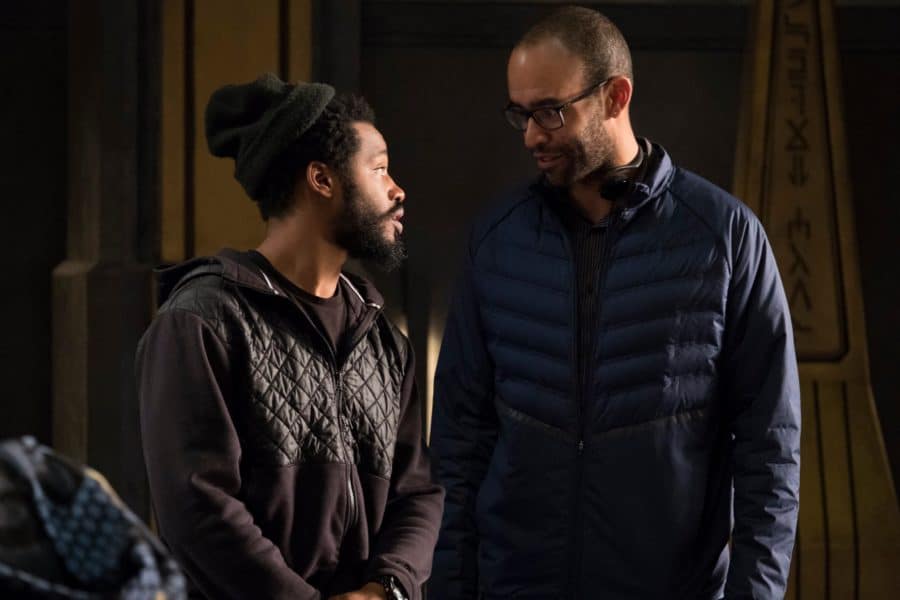 I am so excited that Black Panther fans can now bring this favorite home, and I must say that I feel blessed that I got a sneak peek at some of the incredible bonus features of BLACK PANTHER, introduced by Executive Producer Nate Moore:

We typically don’t preview stuff so you guys are one of the first groups of people we’ve ever done this for.

He chose three different features to showcase: Crowning of a New King, The Warriors Within, and The Hidden Kingdom Revealed. 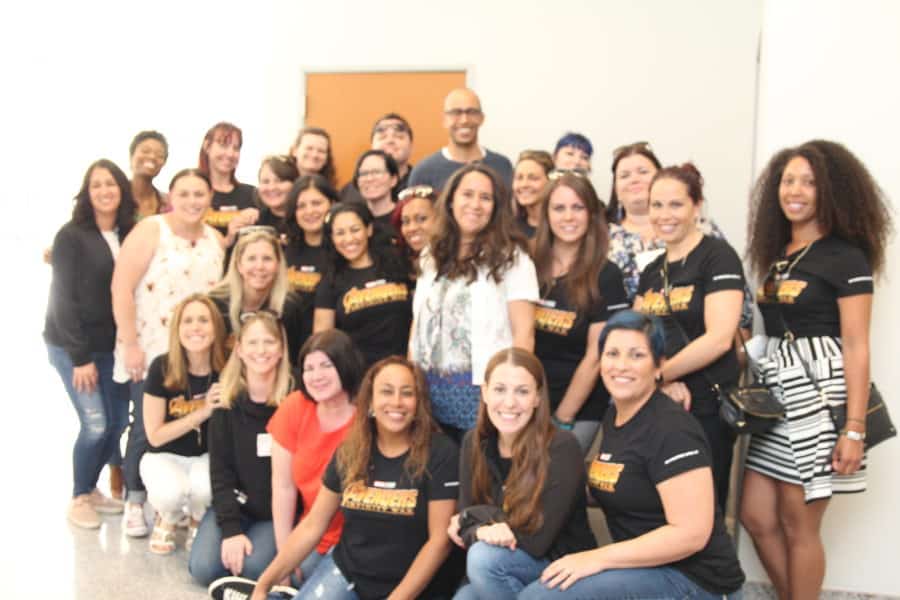 The room was in awe and we had so many questions about how these wonderful features came to life in the in-home entertainment release of Black Panther.

We have a brainstorming session where people get to pitch out ideas of what they think is interesting and also what footage we have that we can show.  The typical ones like deleted scenes and gag reels, we know we’re going to do so we are collecting that footage all through production and post-production… Once we kind of get a sense of what people are responding to out in the world, we can craft our features based on that…  This movie just happened to have a lot of really in-depth stuff because the building of Wakanda was so complicated. We had a lot of stories to tell from this one.

There are plenty of amazing deleted scenes, and if you ever wonder why would such a powerful scene be cut-out, here’s what Executive Producer Nate Moore told us it all has to do with pace:

The deleted scenes that are in the film are all scenes that people loved but ultimately when we removed it, it actually helped the movie play better. Our director’s cuts are always really long and it’s no secret. And, in a script, some things feel very necessary storytelling wise.  When you watch the movie, things that you feel like need to be textural, actually work being inferred. As a for instance, there’s a great scene in the deleted scenes between Okoye and W’Kabi, and it’s after Killmonger has taken the throne and it’s there sort of differing points of view as to what side to take. It’s a fantastic scene.  Danai and Daniel Kaluuya do a fantastic job in it.  And we kept it in every cut of the movie through testing because we thought it was so important for people to understand the relationship.  And because it seemed so good frankly. And when we pulled it, we found that audiences understood just as well but the pace issue we had for that part of the movie when away.  So, people got really frustrated in waiting for T’Challa to come back. So, the shorter we made that area, the better it played.

I’d say Black Panther is pure perfection, though I’m glad we get to see these pieces, too. The global cultural phenomenon of “Black Panther” has dominated the box office charts emerging as the third biggest movie of all time domestically with over $665 million – the first film in eight years to spend five weeks at No. 1 – and rising to the global top 10 of all time with over $1.3 billion. 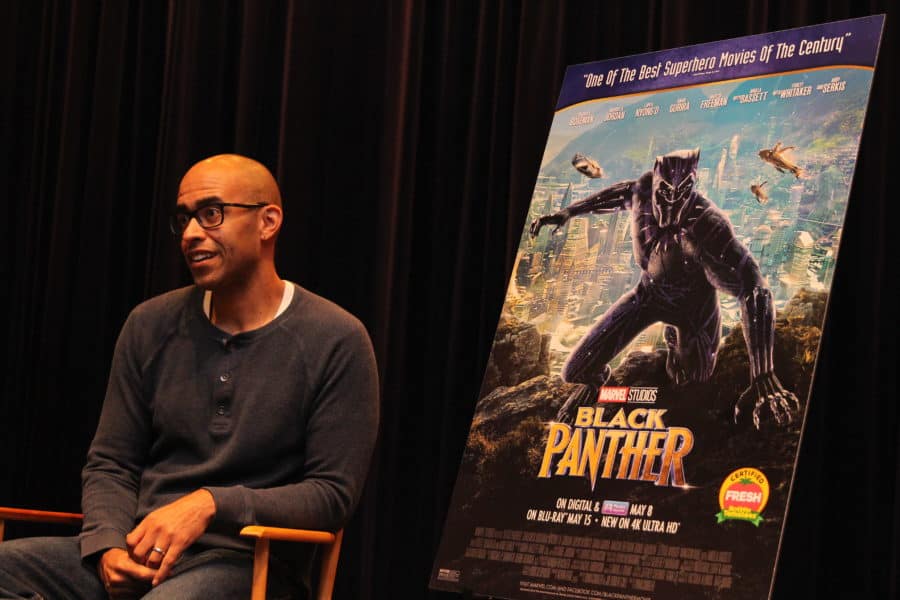 Nate Moore told us they knew there was interest in the character from the Black Panther appearance in Captain America: Civil War, but they are surprised that the film “performed beyond expectations,” especially internationally:

We couldn’t have anticipated at all how this movie has done and how it’s sustained which is really I think telling that people are really falling in love with the character and the themes.

There is a natural hesitance in Hollywood to have a film of this size with a cast that’s predominantly African or African-American. You worry that it’s not going to travel. The truth is, it did. The good news was we weren’t concerned about it in the making of so we didn’t adjust the storytelling to work in any specific direction.

And speaking of the fictional culture of Wakanda, it wasn’t inspired by a particular African nation of culture:

We wanted it to be a celebration of all those things and not a judgment as to one being better than the other, which I hope was successful.

We filmed it, almost all in Atlanta, Georgia. And then we went and shot plates.  So, we shot plates in South America and in South Africa. The visual effects crew goes and collects all the footage and they were able to sort of populate it as needed.  For instance, when they find Wakanda, all of those plates are Africa. And then obviously, the Royal Talon fighter is not real and that was CGI.  We scouted thoroughly in South Africa and other parts of Africa for locations like that because we did want it to be something that was real photography even if we couldn’t take the whole crew there.  The car chase was shot in Gunsan, South Korea, so we had a whole second unit out there for a couple of weeks. They locked down all the streets.  It was actually pretty complicated. And then the casino was built on a stage. So, hopefully, it feels seamless.

Executive Producer Nate Moore told us they inherited some of the cast (like Chadwick Boseman  and Martin Freeman  and who was introduced in Civil War, Andy Serkis had been in Avengers: Age of Ultron.

One of the first things Director Ryan Coogler said when he was chosen is that he wanted a role for Michael B Jordan (“Creed,” “Fruitvale Station”), and he also suggested Daniel Kaluuya (“Get Out,” “Sicario”)  and Danai Gurira (“The Walking Dead,” “All Eyez on Me”).

We collectively went out to Academy Award® nominee Angela Bassett (“American Horror Story,” “London Has Fallen”) thinking there’s no way she’s going to do this movie because man, she’s so fantastic.

With casting Winston Duke, Executive Producer Nate Moore said this was their first encounter with him, but “his size and his presence was just so dynamic.”

When it comes to the role of Shuri, there were three contenders:

(may vary by retailer)

Executive Producernate Moore wanted us to really know “the music is such a strong character in the movie.”

Our composer, Ludwig Goransson, is so talented.

A fun fact about the Black Panther BluRay is that you won’t see a lot of intentional Easter Egg activity.

When we were building this story, one thing that Kevin [Feige] …said very early on was …there’s enough in this property that we don’t have to have a lot of different intersections because we think it stands alone.  …There was so much storytelling and so much detail… and I think it helps the movie just feel like its own experience…

Executive Producer Nate Moore has worked on 3 Marvel movies and he considers the development process to be the most fun and the most painful to be pre-production. In his time at MCU, he’s noticed the only person everyone gets starstruck about is Stan Lee. His cameos are moments we expect and love in every Marvel Studios movie, and Nate Moore told us that they are written and pitched to Stan Lee. What a legacy he’s created, and Black Panther is such a great part of it. 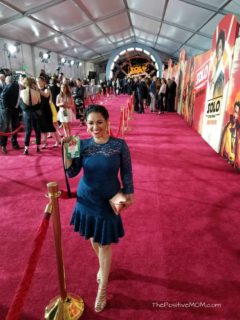 Previous
Never Tell Me The Odds! SOLO: A STAR WARS STORY World Premiere And After Party 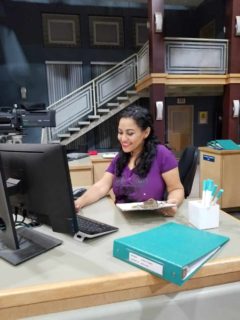 Next
Behind The Scenes On The Set Of GENERAL HOSPITAL
Click here to cancel reply.

I haven't had a chance to see it. My work schedule is crazy.. looking forward to watching it when it comes out

You are totally amazing to have an interview with him. and I couldn't agree more this movie is phenomenal. Wakanda Forever!

What I really loved about Black Panther is all the allegorical representation in the film. I also thought it was very well acted, and I enjoyed the fact that they had several female characters having a big role in a superhero film as well as the action sequence and character development.

Omg this is amazing! So jealous you got to meet the director. I Iove Marvel and Black Panther was such an amazing film. Love their making a second one and some the behind the scenes information is so cool to hear! Thanks for sharing! #wakandaforever