Avatar: The Last Airbender The Complete Series Blu-ray 15th Anniversary Limited Edition Steelbook Collection is now available, and my daughters are so excited! 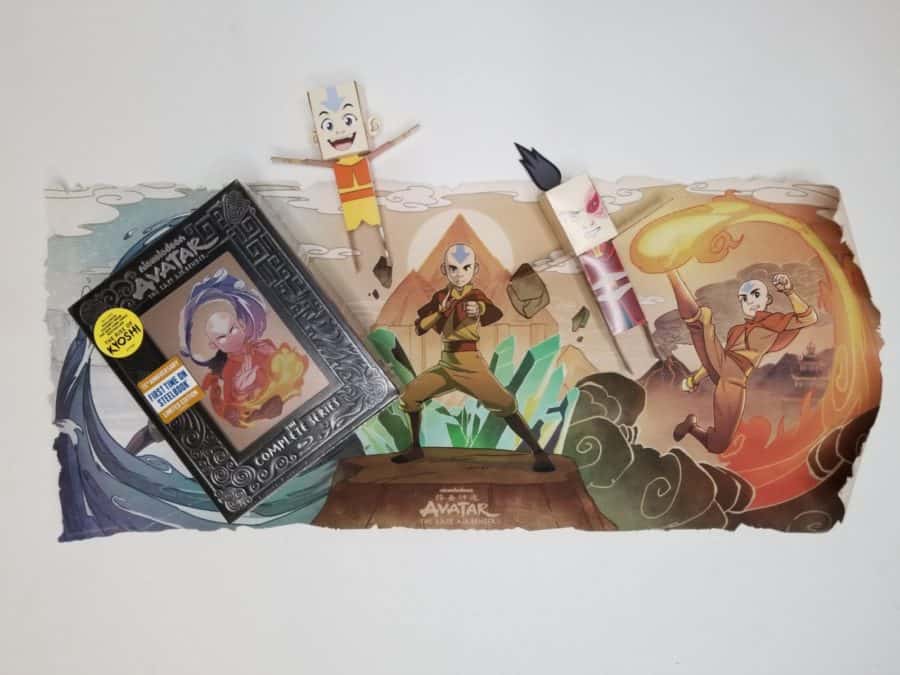 Long ago, the four nations lived together in harmony. Then, everything changed when the Fire Nation attacked. Will you choose the pursuit of power with Zuko and the Fire Nation, or seek peace and harmony alongside Avatar Aang? The choice is yours with the upcoming release of the Avatar: The Last Airbender 15th Anniversary Steelbook Collection! 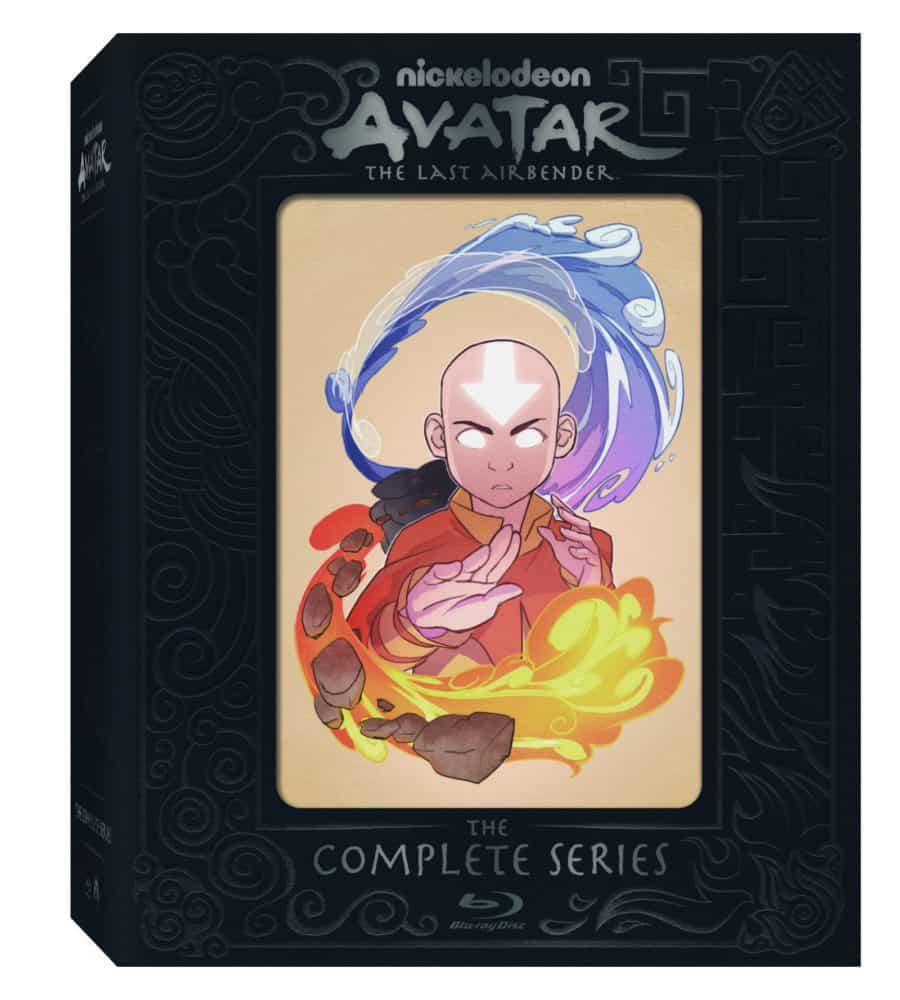 Avatar: The Last Airbender is an American animated television series created by Bryan Konietzko and Michael Dante DiMartino, set in Asia inspired  fantasy world in which the characters manipulate the classical elements with psychokinetic variants of the Chinese martial arts known as “bending.”

In Avatar: The Last Airbender, 12-year-old Aang and his friends must bring peace and harmony to the world by ending the Fire Nation’s war with the rest of the Four Nations.

The 3-book collection features stunning new artwork by artist Caleb Thomas, with each book featuring a different element (Water, Earth, and Fire) and the covers combining to form a beautiful triptych. Thomas was handpicked to design the collection’s covers after series co-creator Bryan Konietzko became a fan of Thomas’ art style on social media. The collection’s production run will be limited to 20,000 units.

Avatar: The Last Airbender is set in a world where human civilization consists of four nations, named after the four classical elements: the Water Tribes, the Earth Kingdom, the Fire Nation, and the Air Nomads – each has “benders” (waterbenders, earthbenders, firebenders and airbenders), who telekinetically manipulate and control their element using martial arts.

The order of the Avatar cycle starts at the age of 16. The Avatar maintains harmony among the four nations, and act as a mediator between humans and spirits and is the only being who has the ability to bend all four elements.

Avatars possess the ability to enter a condition known as the Avatar State, in which they gain the knowledge and abilities of all past Avatars. 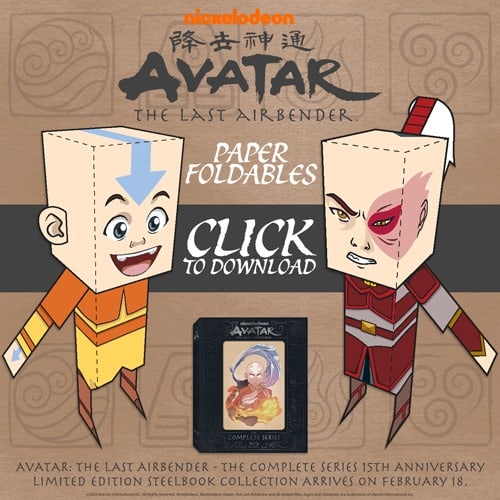 These fun foldables are perfect for you to immerse yourself in the world of the Avatar and create your own new adventures for you and your family!

I’m so excited that Nickelodeon’s groundbreaking series is celebrating its 15th anniversary with a first-ever Limited Edition Steelbook release. 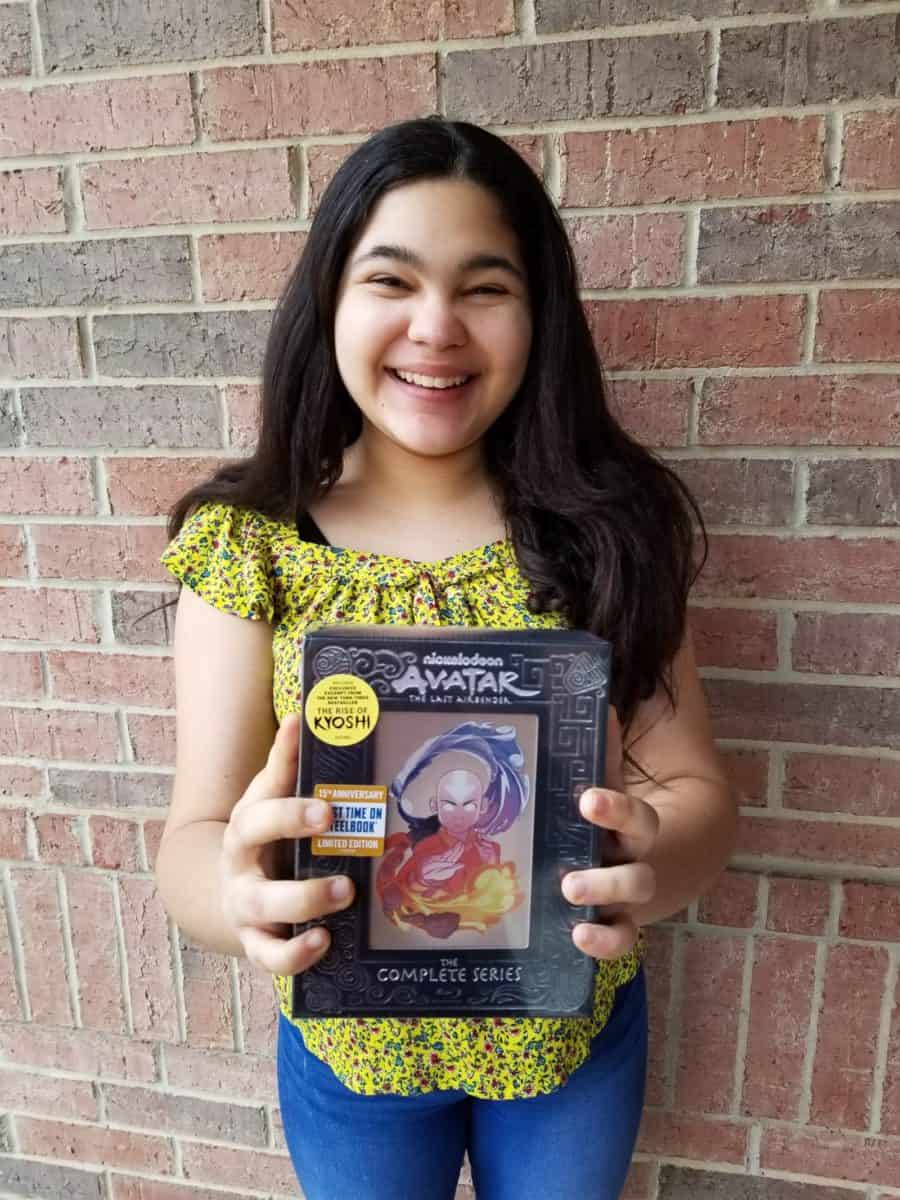 The fan-favorite series has spawned a beloved animated sequel series, The Legend of Korra, as well as an upcoming live-action remake (with its original creators) to be produced for Nickelodeon and Netflix.

Water, Earth, Fire, Air. Four nations. One war-torn world. Celebrate the 15th anniversary of the epic saga, Avatar: The Last Airbender, with this 3 SteelBook® collection, featuring all-new art for each book! Go back to the beginning to experience the animated series that quickly became a phenomenon with a huge fan base that spans the globe! This complete collector’s edition includes all three powerful books: Water, Earth, and Fire.

Avatar: The Last Airbender – 15th Anniversary Limited Edition Steelbook Collection has a running time of 24 hrs and 22 mins. I think we are going to be doing a two-day marathon! 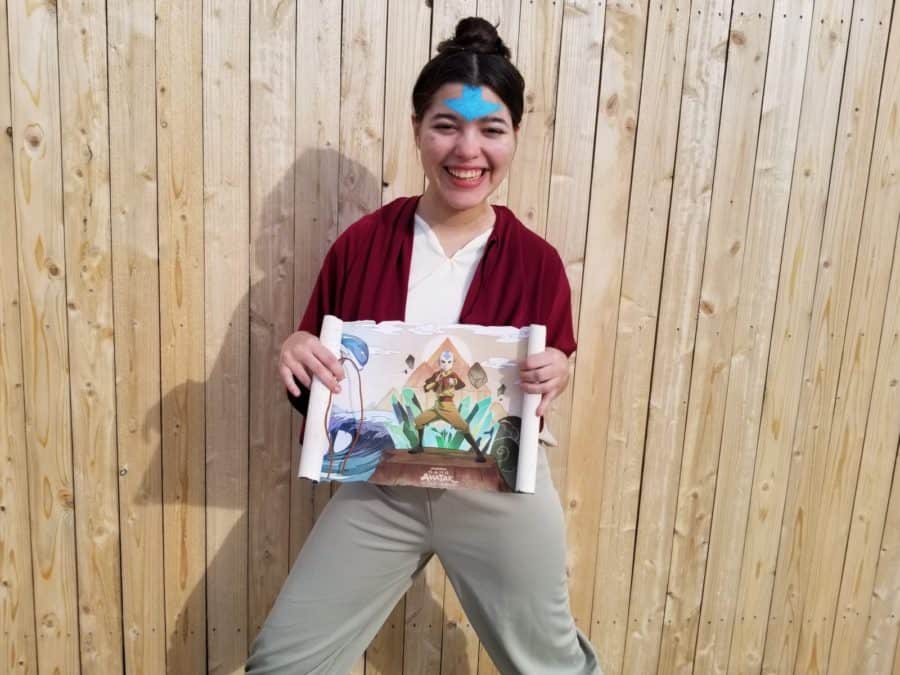 I love that it is available in several languages, including Spanish. It is not rated in the US. and the suggested retail price is $97.99 and $107.99 Canadian.

Follow @NickelodeonDVD on Twitter for Nickelodeon Home Entertainment updates in the US and Canada, and visit the Amazon landing page at http://www.amazon.com/avatar. 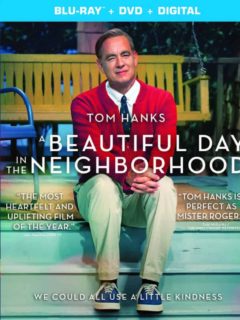 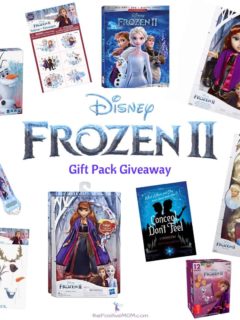 Oh, these are great! My nephews will love these printables. Thank you Mai.

I love Avatar: The Last Airbender! I hope to get these merchandise! So cool!

Great to see Avatar still going strong, even after that awful live-action film

The Last Airbender is a great series. I am going to get this for my son. Thanks!

Oh, I remember this movie. I've haven't checked out the animation series though; it looks interesting.