How I Became Friends With Les Brown

Best known for his signature phrase “You Gotta Be Hungry!”, Les Brown is a top motivational speaker, speech coach and best selling author.

He went from being left at birth at an abandoned building in Liberty City, FL and being labeled“the dumb twin” to 3-term State legislator in Ohio and winner of The Golden Gavel Award as a keynote speaker.

In the fall of 2008, my life completely changed. I was diagnosed with ovarian cancer and I ended up making the hard choice to send my daughters to the Dominican Republic for a while, while I focused on my work, and more importantly, my healing.

Living in the USA has been a very lonely journey and being so sick and not having anyone to help with the little ones or watch them whenever I had to drive myself to the ER was not the life I had envisioned for them, but being away from them was devastating.

And as it often happens when I pray for a miracle, my healing was miraculously speedy.

Of course, it helps that I ever don’t drink coffee or alcohol, have any addictions, and have a healthy diet.

It did make a difference that now I was prioritizing my sleep and really being intentional in loving myself and honoring my body.

When 2009 came around, my “new year’s resolution” was to take an empowering direction in my life and to renew the vow I made when I woke up from my coma at 19 years old.

I wrote my BOLD goals down and was determined to take action.

On January 15, 2009, my friend Nancy, who lived in Marco Island, invited me to the private broadcast of the movie Beyond the Secret at the Naples movie theater, which was just a few minutes from me.

The Beyond the Secret  two-hour panel was a follow up to the highly praised film and bestselling book by Rhonda Byrne.

I had met Nancy at a MeetUp where we discussed success and self-growth principles, so she knew this would cheer me up.

As soon as I made it home, I blogged about how I felt that Les Brown was talking directly to me and how I loved his interventions the most out of all the amazingly inspirational panelists.

Les Brown’s story was so powerful and he gave it such a meaningful purpose!

My friend Nancy said Les Brown was going to be at a convention in Las Vegas at the end of the month and she could get me in.

During his speech, I was pumped! He has a particular warmth, charisma, and high energy that just awakens something within you.

He overcame so much in his childhood, being labeled “DT” (the dumb twin) and declared “Educable mentally retarded,” by his teachers, he adopted the mantra that “someone else’s opinion doesn’t have to be your reality.”

I was particularly interested in learning about how his mindset, his love for life, and his faith in God helped him overcome cancer and live a fuller life. That’s what I needed!

Les always says “You gotta be hungry!” to teach us that we need to take action on our desires as if we were hungry for them.

Well, here I was, listening Les Brown, believing in new possibilities, and I was HUNGRYYYY!!!

When Les Brown got off the stage, I ran like a Dominican baseball player and went through security in my super high heels.

I learned that when you feel in your body how fleeting this life is, you become bolder and less apologetic toward the righteous desires of your heart.

By the time security caught up with me, I was hugging Les Brown and giving him my business card.

Les even asked the security guy to take a picture of us! I laugh just thinking about it because he was just shaking his head in disbelief.

How I became friends with Les Brown

My roommates and trip buddies, Nancy, Joanne, and Debbie, who were all in her 60’s, were in awe of my audacity and celebrated my achievement!

Coming back home, I felt empowered and couldn’t stop talking about how I met Les Brown.

It was exciting to see how when you set an intention and follow through with your actions, you receive the results you were seeking: Applied Faith!

Something inside me knew I had to use this momentum because I wanted to be cancer-free, be near my daughters again, and have the energy to make the kind of impact I wanted to make in the world.

About 10 days after the event, I received a phone call and the caller identified himself as Les Brown.

Convinced it was a prank call, I was in shock when he said it was “Mamie Brown’s baby boy,” – it was the real deal!

I was in total shock when I heard Les Brown tell me he loved my business card and my “firecrackerness.”

I had not been myself for so long and it was as if God was sending a messenger to remind me that I am rewarded when I, like The Prodigal Son, “come to myself” and share the light He has given me.

My new friend, Les Brown, and I had an incredible conversation and many followed up.

On February 21, less than two months after I saw the Beyond the Secret movie, Les flew me to the Beverly Hills Hilton in Los Angeles, California, to interview with himself and Mr. Positive for a contractor position as Brand Strategist for the Les Brown Enterprises team.

Can you say “Surreal”?

I worked hard to enhance the Les Brown marketing and web presence, redesigning his website, creating his logo and corporate identity, and getting him on social media, as well as ghost blogging for him.

One of my favorite tasks was translating many of his programs into Spanish!

Being Les Brown’s web strategist allowed me to meet other great friends and mentors who continue to bless my life.

Since our very first conversation, Les had encouraged me to share my story and to become a speaker.

I didn’t think my story was powerful enough, I was self-conscious about my accent, and I just thought I didn’t have what it took.

I compared myself to him and I was no Les Brown.

Sharing the stage with Les Brown

Attending the Les Brown Platinum Speaker training at the Discover Your Power Voice seminar in Orlando, Florida, was part of my work, but at the end of the event, Les surprised me by calling me the stage to share my 5-minute story.

I decided to listen to that part of me that wanted to explore this new adventure.

Sitting at the very back of the room with the team, the walk to the stage seemed like a mile long as I moved forward with shaky legs and butterflies fluttering in my stomach.

After taking a deep breath, I said a silent prayer as I anchored my feet on the stage and shared how I rebuilt my life as a single mom and became a mompreneur.

It was as if I could feel the love of the audience and God’s love overcome me.

Can you believe that I received a standing ovation and I shared the stage with Les Brown on my first public speaking experience?

But more than that, I was inspired to share my stories from the stage, just like Les does, but by being myself and owning my purpose.

My speaking journey has been really powerful because through public speaking, I can connect more deeply with God, myself, and others, and that is my first and foremost intention.

I love being an instrument to influence, inspire, and move people to action.

I had already been making an impact through my blog, but I’ve realized that, unlike when I hide behind the screen, public speaking demands a level of courage, humility, and vulnerability that requires me to depend on God at a different level.

Les ‘ friendship has been a blessing to me and I am especially grateful that he inspired me and pushed me to become a public speaker.

Mentors, coaches, and trainers can see potential that the mirror does not show.

The first time I thanked him for taking a chance on me, he said:

“You made it happen, Elayna. Out of 3,000 attendees at that conference, YOU were the only one who ran backstage…YOU were HUNGRY!”

When you connect with your desires, you connect with the divine potential within you, allowing God to take you in directions you never even dreamed of. I encourage you to apply your faith, to take a bold action in the pursuit of your purpose.

Today, I am cancer-free, reunited with my daughters, starting a new journey of homeschooling, and enjoying a flourishing speaking, coaching, and writing career.

As I help moms develop the mindset they need to enjoy FREEDOM, JOY, and MEANING in motherhood and mompreneurship, God’s presence in my life is stronger and deeper than it’s ever been. I wish that for you!

What lessons can you glean from my story of how I became friends with Les brown? Share in the comments below! 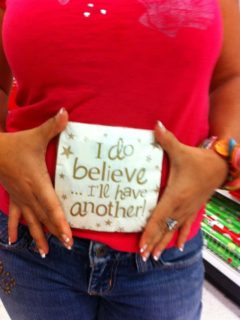 Next
The Truth About Self-Motivation
Click here to cancel reply.

[…] started my speaking career mentored by Les Brown, I published another marketing book, I attended my first Tony Robbins event where I literally […]

I'm Unstoppable!! He is one of my favorites smh. I did a case study on myself with his videos and quotes for a whole year and if changed my life.

Elayna: My favorite quote is, "You must find the place inside yourself where nothing is impossible.” The only thing that limits us is ourselves.

My favorite Les Brown quote is, "Too many of us are not living our dreams because we are living our fears. Shoot for the moon. Even if you miss, you'll land among the stars. Other people's opinion of you does not have to become your reality." This was a spectacular post!

I'm Unstoppable!! He is one of my favorites smh. I did a case study on myself with his videos and quotes for a whole year and if changed my life.

That is such a powerful first public speaking experience. I love it. I love how you went for the opportunity and were not afraid. I can learn from that to be willing to step out and speak by myself. I have not done speaking gigs alone in a long time, but that needs to change.