Why in the world are you vegan? + other questions answered! Skip to Content

Why In The World Are You Vegan?

Main Page » Articles About Motherhood » Why In The World Are You Vegan?

When I decided to become vegan, I probably didn’t know what I was getting myself into. I mean, I knew I was quitting meat, dairy, and honey… and anything that contains it. What I didn’t know is that I would be telling my vegan conversion story over and over again in an attempt to answer the never-ending questions:

“why in the world are you vegan?”
“did you make your kids go vegan?”
“was it hard to become vegan?”
“what do vegans eat?”
“is it healthy to be vegan?”

It’s not that these questions annoy me or bother me. I guess I was just caught off guard and didn’t realize that being vegan is a huge deal for most people around you. I truly am passionate and proud about my lifestyle and I may even be found guilty of overusing vegan food related hashtags on Instagram. However, I don’t try to convince people to go vegan or write posts in the fashion of “top ten reasons why you must become vegan.” or anything that comes close.

[Tweet “”Questions are a portal to understanding.” #motivationformoms #vegan”]

I’ve actually learned to love these questions, because they are a portal to understanding. Though it seems weird and even a bit uncomfortable for me to explain why I eat what I eat each time I eat it, it is a great way to build new bonds and release undue tensions. 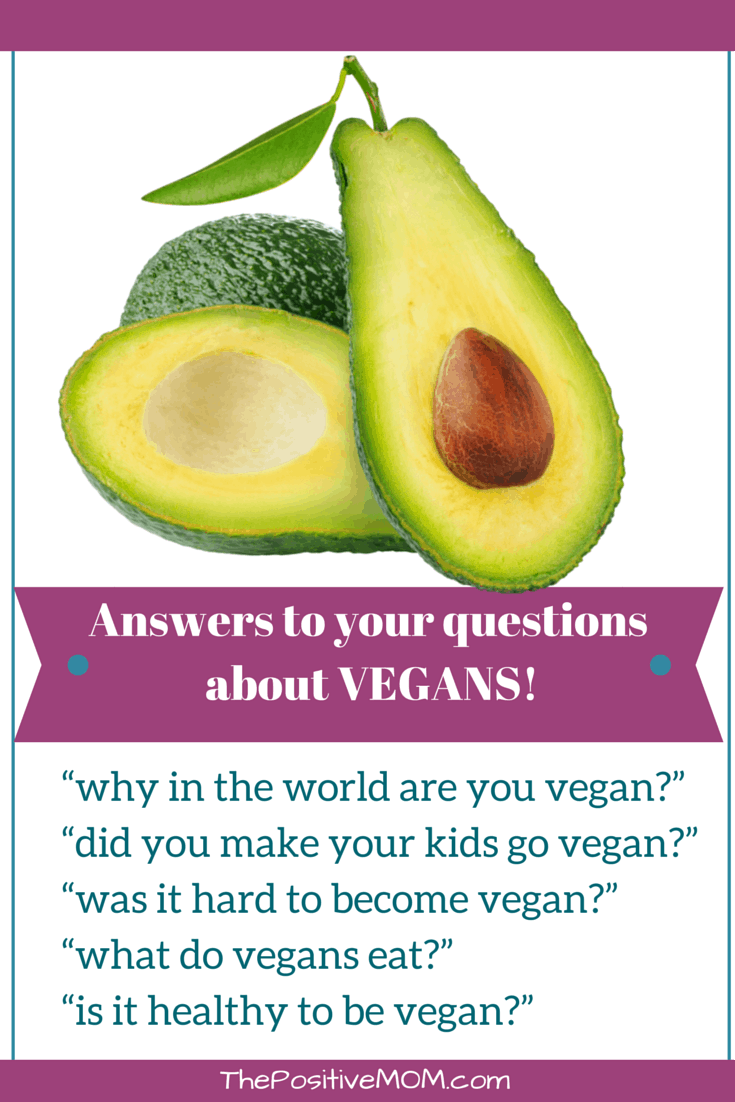 “Why Are You Vegan?”

I am vegan because my daughter inspired me to be. She’s always loved nature, especially animals, and when she learned that animals have feelings, she said “I don’t want to eat anything that has a mom.” I supported her because I made a commitment to do so and the request didn’t really sound unreasonable or too foreign to me: I grew up in the country and I remembered how painful it was that some of my animal friends would be part of lunch. I knew she was serious and was determined, though I confess I probably didn’t anticipate that she would never outgrow this stage. She has been vegan ever since and with increasing devotion, passion, and conviction every moment of everyday. She has inspired each member of our family to follow in her footsteps, myself included.

“Did you make your kids go vegan?”

Of course, now you know that Elyssa was the vegan pioneer in our home, but “what about Elisha?”  When Elyssa became vegan, I cooked her meals separately, because Elisha was not. It took Elisha over two years to take the plunge. There was absolutely no pressure, because we believe it is a personal choice you make when you are ready, if you ever are ready. She became vegan shortly after Taylor Bare and I got married, and he decided to join in, as well. For Little Pige, there hasn’t been much of a choice since I was vegan a long time before she was even conceived. I had a completely vegan pregnancy, she was breastfeed by a vegan mom for 20 months, and has consumed only plant based foods and drinks.  We’ll see what she wants to do when she is a bit older; with her personality, I’m sure she’ll let us know before we guess or wonder.

“Was it hard to become vegan?”

I’d say any lifestyle change will stretch you. I wouldn’t say it has been “hard,” maybe because I’m not a fan of the word, or maybe because I did make a conscious choice and I willingly want to stick by it. What I will say is it was a process that required a great investment of time, energy, and money. It sure wasn’t an effortless journey, and it still isn’t.

[Tweet “Any lifestyle change will stretch you and will require an investment of time, energy, and money.”]

In the sense of eating habits, I think it was probably easier for me than it would be for others because I have never eaten at a fast food restaurant, I don’t really use canned products, and my relationship with microwave ovens failed: I started using them when I moved to the US in 2001 and ended just a few months later when I was pregnant and  terrified of it LOL. I always say there’s opposition in everything, and when you grow up poor in an agricultural community, you become rich in resourcefulness and creativity in the kitchen. You do more with less and scarcely rely on modern technology to help you out. You’ll find that I’m a very traditional geek. 🙂

I also didn’t eat any red meat for years (that includes pork)… well, except for that night at Disneyland when I was about 5 months pregnant with my first born, and I craved ribs. I didn’t get any such cravings with the other littles, but I think that’s because I ate enough ribs for all three pregnancies. I digress…

I was the first in our family to join Elyssa in her vegan dietary choices and I think what I was most hesitant about was quitting cheese. I had already slowly incorporated vegan substitutes into my cuisine and traded cow milk for the almond, soy, or coconut type. 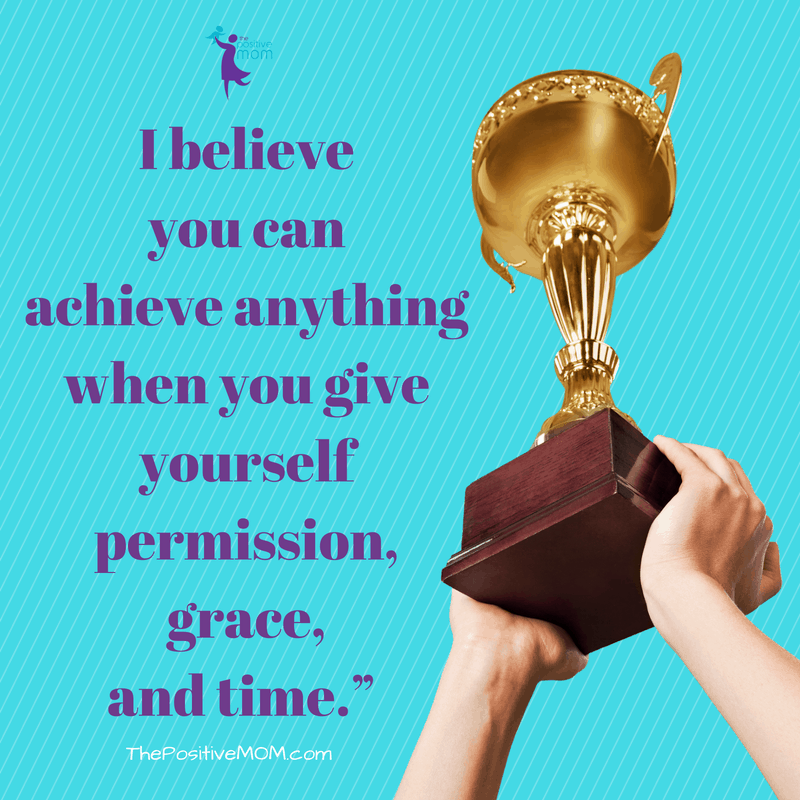 I admire my daughter for making the switch at once, and I’m sure many others have, but what worked for me was making gradual changes, assessing my feelings, slowly adding more plant based meals into my diet, and gradually eliminating animal products. I believe you can achieve anything when you give yourself grace and time.

[Tweet “”You can achieve anything when you give yourself permission, grace, and time.” #motivationformoms”]

A big myth about becoming vegan is that it will be financially straining. Yes, I admit that there are extremely cheap meal options out there, but let’s take those out of the equation since they do not compare. If you strive to eat healthy food, you’ll end up spending about the same for vegan and non-vegan  homemade meals, and the same is true for eating out. It definitely could get expensive, but it doesn’t have to!

What didn’t register for me is that being vegan could feel lonely, at times.

Many people will avoid eating with you, feeding you, or being fed by you when you are vegan. Extended family and even the closest friends will be offended that you “didn’t try the steak” and sometimes you’ll hear comments that make you feel like you’re forsaking your roots and insulting your culture… or pointing fingers at meat eaters everywhere.

At conferences, gatherings, or any public outings, you’ll stand out like a sore thumb. Many waiters or waitresses will give you “the look” when you go out to eat.

I love being vegan and it works for my family, and that makes those undesirable moments of social awkwardness totally worth it. Plus, the right people will make you feel extra special because they will go out of their way to make sure they include you, you are fed, and you are happy. Others may become inspired by you and they feel motivated to take a leap of faith and try it out. It evens out in the end.

[Tweet “When you make a change, some will judge you, some will support you. It all evens out.”]

“What do vegans eat?”

Vegans eat plant based food. This doesn’t equal to just salads (I am actually very specific to the salad I like and will eat). I eat a lot – seriously, I eat so much it will shock you – and I eat a variety of meals. As a matter of fact, I find that I’ve become more creative and have developed more of a love for cooking after becoming vegan. I make a variety of breakfasts, entrees, soups, appetizers, and desserts, and they taste delicious to my family.

Many people want to eat vegan a couple times a week or part time just because they want to eat lighter, some have dietary needs such as dairy intolerance, and others simply want to follow a doctor or loved one’s advice for health reasons.  If you fall into any of these groups (or have your own) and want more recipes, know I am planning to share the love, and keep in mind that you can make any recipe if you just substitute the animal products it normally contains. It really isn’t much complicated once you pass the learning curve.

“Is it healthy to be vegan?”

My answer may shock you: eating vegan is as healthy as not eating vegan. Well, think about it, you could avoid all animal products and choose to eat junk food and pair that with questionable habits that could damage your health. The key to be healthy is to make sure you are reading labels, being conscious about your food intake, and avoiding what is not good for you and/or your family.

What I know to be true in my family is that our food choices have deeply impacted our health, energy, and happiness in a positive way:

I think that answers it all. Most people make decisions based on what they love and what works for them, not based on what they think other people should do. We’re not vegan because we think everyone should be, we eat vegan because eating vegan makes us a happier bunch, because we’re making choices that are consistent with the values, standards, and beliefs we practice in our family.

Thank you for listening to all my ramblings. Do you have any questions about being vegan? I’d love to also hear your thoughts! Virtual hug Xo 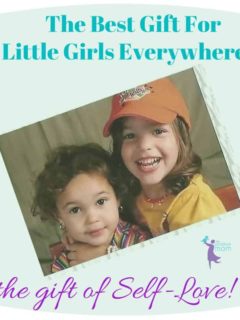 Previous
The Best Gift For A Little Girl 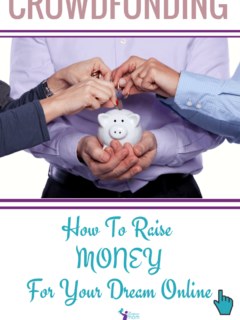 Next
Crowdfunding - How To Raise Money For Your Dream Online
Click here to cancel reply.

10 Things Your Daughter Needs To Hear From You

The 7 Simple Keys To Building A Healthy Family

[…] Make sure hand-washing is part of your family meal ritual. Also, even though I don’t believe in having a spotless perfect house at all times (a home is a LIVING space), disinfecting surfaces is a priority we can focus on. Another way to prevent disease is to supplement vitamins and minerals. In my home, we don’t do capsules because they contain gelatin (made with cow or pig bone marrow), and most mainstream multi-vitamins are not effective in addressing nutritional deficiencies, so we choose an organic, natural, chewable multivitamin supplement with a high level of absorption that contains B12 from Gold Bee nutraceuticals. (which we do need based on our vegan diet). […]

[…] family and close friends, though I’m not what you would call an entertainer. And ever since I became vegan, it there really hasn’t been any luck in potluck – just pots full of food that come […]

[…] a defined personal philosophy makes life so simple. I remember one of the reasons I was inspired to go all the way vegan was because Elyssa was never on the fence – she had decided to only consume plant based food […]