35 Powerful Quotes That Will Make You Rethink Gossip

As a reader of The Positive Mom blog, I highly doubt that you are a gossiper. When I thought about putting together a list of quotes that will make you rethink gossip, I was thinking more about the fact that we sometimes get unwillingly involved in gossip because we don’t want to hurt feelings, say no, and decline the unsolicited information.

I recently had a hurtful event happen in my life that reminded me what I already knew: gossip is a nasty disease, a poison that kills relationships.

Rumors, secrets, lies, comments and whispers behind your back… Do they sting you as much as they do me? 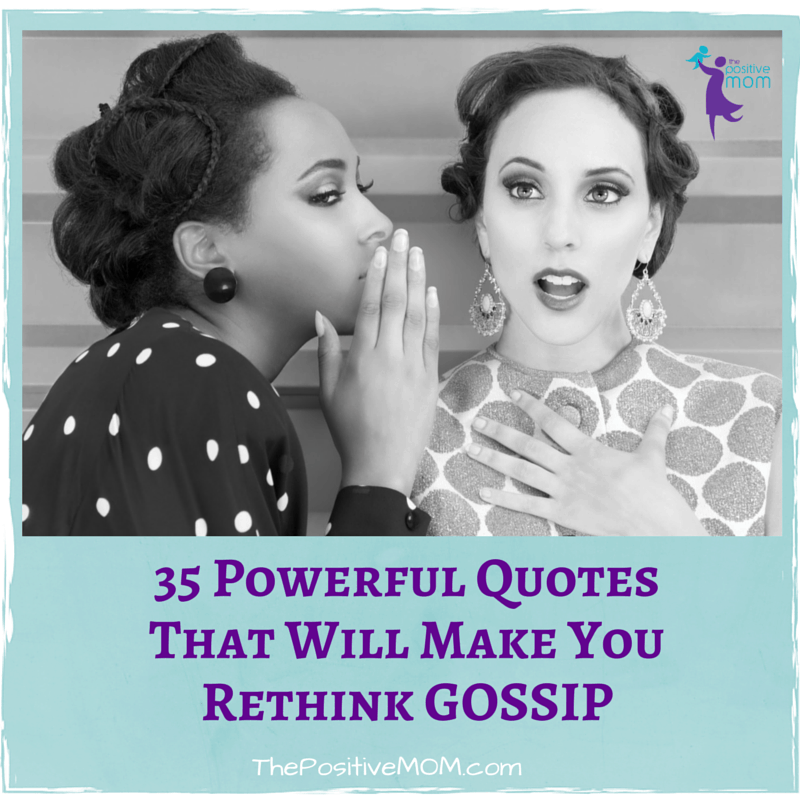 Let’s read these quotes together:

“Watch out for the joy-stealers: gossip, criticism, complaining, faultfinding, and a negative, judgmental attitude.”  ~ Joyce Meyer

“Gossip is when you have a malice of intent or mindless, third-party conversation to someone about someone, something you haven’t said to that someone.” ~ Iyanla Vanzant

“People gossip. People are insecure, so they talk about other people so that they won’t be talked about. They point out flaws in other people to make them feel good about themselves.” ~ Blake Lively

“Words have no wings but they can fly a thousand miles.“ ~ Korean Proverb

“Your dignity can be mocked, abused, compromised, toyed with, lowered and even badmouthed, but it can never be taken from you. You have the power today to reset your boundaries, restore your image, start fresh with renewed values and rebuild what has happened to you in the past.” ~ Shannon L. Alder

“They have the unique ability to listen to one story and understand another.” ~ Pandora Poikilos

“What man ever openly apologizes for slander? It is not so much a feeling of slander as it is that of a massive lie, a misdeed not only to the slandered but also to those manipulated in the process. He has made them all, every one, his enemies, thereupon he is so overwhelmed with guilt that he will deny it until his grave.” ~ Criss Jami

“Often those that criticize others reveal what he himself lacks.” ~ Shannon L. Alder

How would your life be different if…You walked away from gossip and verbal defamation? Let today be the day…You speak only the good you know of other people and encourage others to do the same.” ~ Steve Maraboli

“Isn’t it kind of silly to think that tearing someone else down builds you up?” ~ Sean Covey

“Some say our national pastime is baseball. Not me. It’s gossip.” ~ Erma Bombeck

“No one gossips about other people’s secret virtues.” ~ Bertrand Russell

“People will question all the good things they hear about you but believe all the bad without a second thought.” ~ Unknown

“Whoever gossips to you, will gossip about you.” ~ Spanish Proverb

“What you don’t see with your eyes, don’t witness with your mouth.”  ~ Jewish Proverb

“It is just as cowardly to judge an absent person as it is wicked to strike a defenseless one. Only the ignorant and narrow-minded gossip, for they speak of persons instead of things.“ ~ Lawrence G. Lovasik

“Gossip needn’t be false to be evil – there’s a lot of truth that shouldn’t be passed around.” ~ Frank A. Clark

“How much time he gains who does not look to see what his neighbour says or does or thinks, but only at what he does himself, to make it just and holy.” ~ Marcus Aurelius

“Who brings a tale takes two away.” ~ Irish Proverb

“Do not repeat anything you will not sign your name to.” ~ Author Unknown

“I resolve to speak ill of no man whatever, not even in a matter of truth; but rather by some means excuse the faults I hear charged upon others, and upon proper occasions speak all the good I know of everybody.” ~ Benjamin Franklin

“They say’ is often a great liar.” ~ Proverb

“There is so much good in the worst of us, and so much bad in the best of us, that it hardly becomes any of us to talk about the rest of us.” ~ Edward Wallis Hoch

“Count not him among your friends who will retail your privacies to the world.”  ~ Publilius Syrus

“The things most people want to know about are usually none of their business.” ~ George Bernard Shaw

Which gossip quote listed above do you resonate with the most?

I know gossip, slander, and false accusations can be hurtful and are completely unnecessary; however, the most important fact to remember is that it really doesn’t matter what other people think you are, it’s who you really are that truly matters. Like Dr. Seuss always says:

Those who matter don’t mind, and those who mind, don’t matter.

It is usually people who know the least or care the least about a situation that somehow “have the most to say.” It would be great if we all focused on mastering ourselves, rather than wasting time gossiping, passing judgment, and betraying people behind their backs.

There are many places of the Bible dedicated to warn us against “malicious gossips, busybodies, slanderers, talebearers, whisperers, false witnesses, quarrelers, meddlers, deceivers, backbiters.”  My 3 favorite verses about this topic are:

One of my sassiest good friends always says “I wish they’d get a life so they can stop talking about mine!” I see her point; most productive people have no time to spare complaining, comparing, competing, condemning, and criticizing others. Furthermore, many talk about others because they are lacking or hiding something in their own personal lives.

Don Miguel Ruiz, in his book “The Four Agreements,” which just happens to be one of my favorite books in the planet, says this:

“Be Impeccable With your Word. Speak with integrity. Say only what you mean. Avoid using the word to speak against yourself or to gossip about others. Use the power of your word in the direction of truth and love.”

What is your favorite gossip quote? I would love to hear it! Meanwhile, keep avoiding gossip and corrupt communication.

I invite you to spread kindness and compassion, rather than gossip and judgment. xo
[ela] 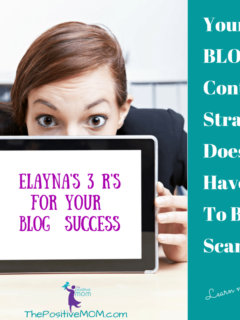 Previous
Your Content Strategy Doesn’t Have To Be Scary 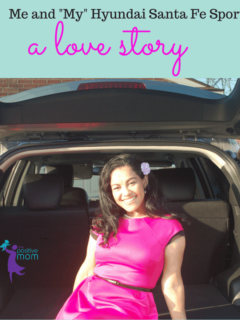 Next
Don't Let Fear Get In The Way Of Your Adventure
Click here to cancel reply.

You won't gain anything by badmouthing other people

They do gossip but what good does that bring?

Moms, Learn How to Spot Frenemies and Fair-weather Friends!

[…] character based on your condition and uses her judgment as an argument to talk behind your back. Gossip is so […]

This was all spot on with what i am dealing with now. Thank you!

Gossip is like an upside down pyramid. Starting at the small point and extending to much larger. It finally gets top heavy and tumbles over on top of the original builder.