The Word You Should Never Use

Main Page » Articles About Motivation » The Word You Should Never Use

A positive mom knows the power of words. Words have meaning beyond the dictionary. Words carry energy that can shape our destiny. Words can aid us or derail us from designing a purposeful, conscious life, a life we love living.

I always quote the Bible verse that teaches us that “Death and Life are in the power of the tongue,”  (Proverbs 18:21). The better I get with words, the more aware I am about the life and death in the words I hear, speak, read, and write. 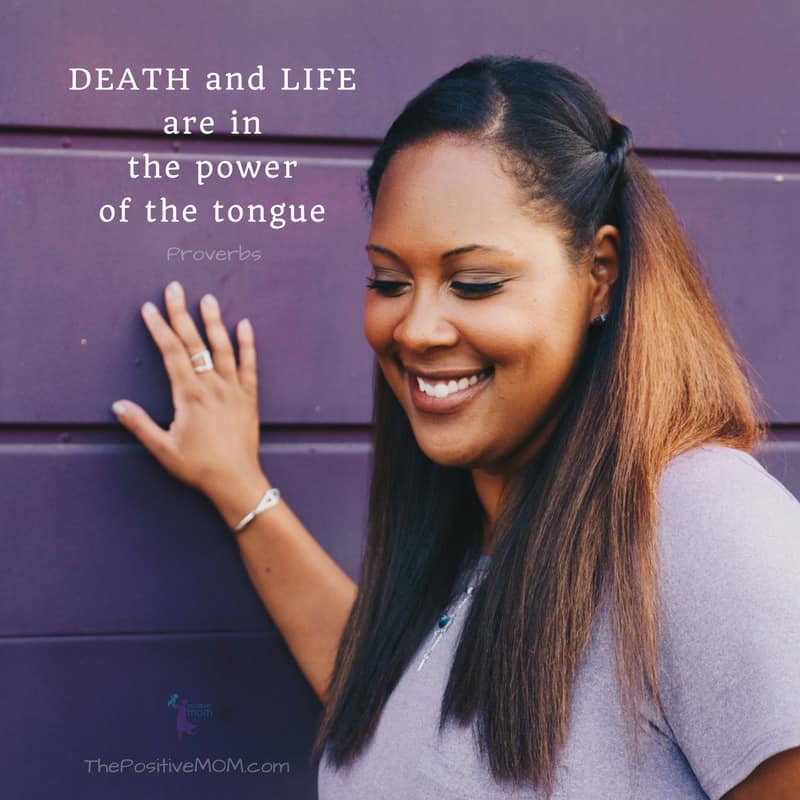 The guidelines “true, honest, just, pure, lovely, of good report, virtuous, and praiseworthy” are a great start in deciding what words to use frequently and which words to ban from our vocabulary.

There’s one word in particular that I’ve come to see as toxic; so toxic that I banned it from my vocabulary a long time ago. I’ll give you some hints!

I should spend more time with my kids

I should be further away in my business

I should work out every day

I should wake up earlier

I should be on time

I shouldn’t be so busy all the time

I shouldn’t sleep in

I shouldn’t be late

I shouldn’t be thinking this

I shouldn’t be saying this

I shouldn’t be doing this

I should have said…

I should have done…

I should have chosen…

Yes, it’s  the word SHOULD! Whenever I use the word should, a wave of self-induced guilt and criticism comes over me. It used to be my favorite weapon to be hard on myself and beat myself up.

How do you feel when someone tells you what you should or shouldn’t do, say, have, or be?

The word should is harmful to your relationship with yourself and others, because it makes someone wrong.

The word should is used to indicate obligation, duty, or correctness, typically when criticizing someone’s actions, performance, or results. It’s either negative talk or negative self-talk.

Should is not only a judgmental word, but it also measures and places value on that person based on your expectations. It’s like an unsolicited lecture that tears people down because they feel like they are not enough.

I don’t have what it takes

Something’s wrong with me.

Why do I even bother?

I shouldn’t even try…

The word should creates anxiety, stress, frustration, regret, and other negative emotions. In fact, when I use Kinesiology (muscle testing) in my workshops, the word should proves to be physically disempowering every single time, and it also holds us back emotionally and spiritually.

Experts allege that the main issue with the word should is the hidden and unspoken follow up sentence that reinforces what we are not doing or being:

I should visit my in-laws (but I don’t)

I shouldn’t eat another piece of bread (but I am)

I shouldn’t have yelled at the kids (but I did)

He should go to church (but he doesn’t)

She shouldn’t be wearing that dress (but she is)

You shouldn’t play with your food (but you are)

The word should is low vibration because it gets you off the hook, blames someone else, justifying, rationalizing, and focusing on everything that is negative about yourself, another person, or the situation in question. 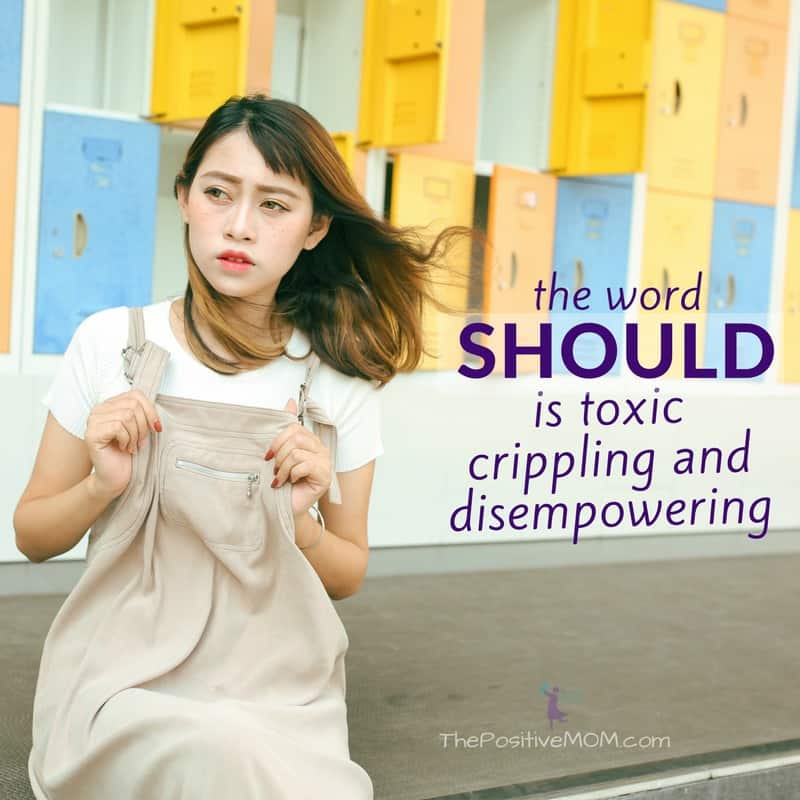 Louise Hay once called the word should “crippling” and that’s probably best way to describe it, because when we use the word should, we focus on flaws, shortcomings, and perceived failure, rather than in finding solutions or showing compassion.

Some time ago, I kept feeling angry and frustrated in my marriage and I realized the word should was the culprit.

“He really should be helping me with the budget.”

That’s such a simple phrase – seemingly harmless. However, I was consumed with this thought. It spread like poison. It was so debilitating that I didn’t even have enough energy or desire to do the budget myself. And when I tried to “motivate” him to do what “he should be doing,” it didn’t really work. I’ve put the word should to the test and it has proven to be counterproductive every single time.

So now that you know the damage the word should can do, let’s think about healthy alternatives. One of the substitutes I use instead of the word should is the word could. The word could implies possibility and choice. I love choice. I want to have the freedom to make my own choices and to respect others’ ability to make the best decisions for themselves.

I could meditate (if I wanted to, but…)

She could be studying (if she chose to, but…)

You could do the dishes (if you so decide)

The word could brings clarity while the word should is obscure because we don’t really know what it means: Is what we should do a want, a need, or simply some random view that has nothing to do with our progress or values but we think it’s expected of us?

Another option is the phrase “Next time, I will…” When you catch yourself saying I “should have,” you can add what you can do differently to bring possibility and hope:

I should have told her I’m proud of her. Next time, I will make sure I do.

The word would is another great substitute to the word should because it is used to express desire or inclination. When you say “I would,” it’s more of the beginning of a dream, a seed that is being planted, rather than an expectation.

After you’ve realized what your desire is, if you think you should but can’t, it’s time to move on to something you can control (for example, I shouldn’t be dreaming about my ex-boyfriend) and if you think you should and can, then you can choose to do something about it (in the example above, you could start brainstorming ways to work less hours while still providing for your family). 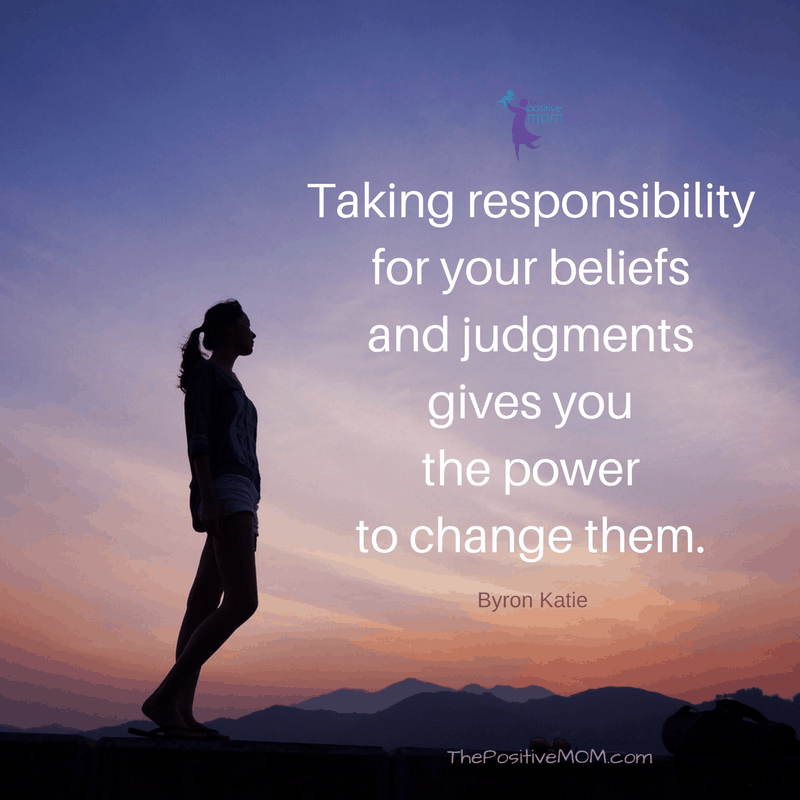 When you know you are committed to results and what you want to do is non-negotiable because it is part of your purpose and aligned with your core values, the most empowering replacement of should is must. Must is a stronger word that moves to action and gives sense of urgency to get the desired result.

When you’re punishing yourself because of what you should or shouldn’t think, do, or say, you can also bring a bit of curiosity to the mix:

I wonder why I’m thinking this

I wonder why I’m doing this

I wonder why I’m saying this

Being curious will bring your focus on why you’re feeling pain with your current choices, because your why will inspire you to get in alignment with your core values.

For example, I mentored a mom who confessed to me she felt like a failure and kept saying to herself: “You should get a life.” When we dug deeper, we discovered her life was blessed, but she craved more adventure, more abundance, and more achievement. Rather than torturing herself, she started appreciating what she did have and taking steps toward designing the life she desired. It was quite an awakening!

I know I said the word should is a word you should never use. I take it back now that I’ve made my case. You could stop using the word should if you want to, and I know that never is one of those words that can set us up to fail. If you choose to remove the word should from your vocabulary, it will not be an effortless task. It will require patience, time, and self-awareness.

I would like you to remove the word should from your self-talk and conversations, because I believe it will help you create a healthier, happier, and more accepting life, one in which you can playfully think about the “coulds” of possibility, without worrying so much about the “shoulds” that stunt your progress.

Are you willing to remove the word should from your vocabulary? Share what shoulds you think we must watch out for and keep an eye on! Hakuna Matata!

Previous
Win a $100 Gift Card and 2 Tickets to the DFW Auto Show! 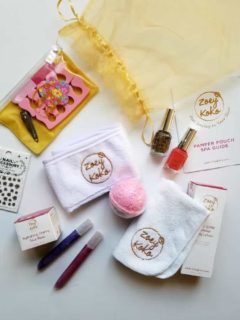 Want Success? This Is The First [ And Most Critical] Step! ★ Elayna Fernandez ~ The Positive MOM ♥

[…] times, we get paralyzed by the pressure or feel like we’re not good enough because “we should be able to figure this out.” As it turns out, defining what success means to you is not a […]

[…] am not saying you SHOULD homeschool. I don’t believe it works for everyone. What I am saying is it works for me, it […]

[…] This is a great conversation to have as a family, because sometimes we forget the very essence of who we truly are, and get lost in the world of “what should be.” […]